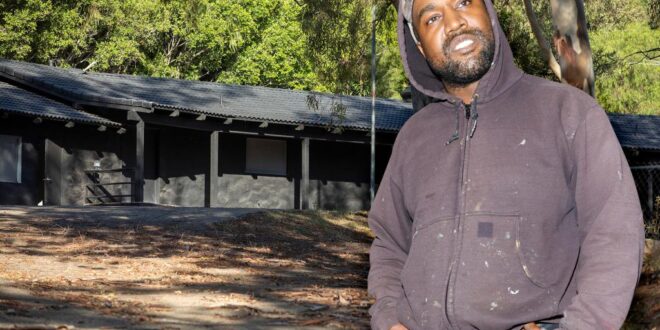 After reports that some teachers at Kanye West’s Donda Academy quit in protest over erratic behavior and anti-Semitic comments made by the rapper, a friend and collaborator of West’s confirmed the news to The Post. “Staff members of the Jewish faith were lost,” said Malik Yusef.

“I know we had a couple people of the Jewish faith who worked there [who] basically recused or resigned in light of public pressure from, I am sure, friends and family. You got to go with your team when your family is saying it’s not possible to stay there,” said Yusef, who has previously described himself as an “administrator, administering information to young, growing minds” at Donda. “What Kanye said was ridiculous.”

Among those who have reportedly left is highly-regarded education consultant Tamar Andrews. According to TMZ, she is also a “bigwig” at two Jewish schools. Reached by The Post, Andrews had no comment.

In discussing the anti-Jewish slurs made by West, Yusef told The Post, “Critical thinking is what Donda is about, and I don’t think Kanye applied critical thinking.”

The school did not respond to a request for comment.

On Wednesday, academy principal Jason Angell emailed parents that “At the discretion of our Founder, Donda Academy will close for the remainder of the 2022-2023 school year effective immediately.” But four hours later, an alert went out saying school was back on and would be in session on Thursday.

Despite it all, Yusef has good feelings about the school ultimately succeeding. “I believe [Donda] comes back better and stronger,” he told The Post. “It is the legacy of [West’s] mother” — prior to her passing in 2007, Donda West was chair of Chicago State University’s department of English. “Dr. West would take a step back. She would not want the school to be shut down.”

Others are less forgiving. One of the world’s premiere high school basketball tournaments, Scholastic Play-By-Play Classics, bounced Donda from its December 11 event. Founder of the Classics, Jeremy Treatman, announced, “In light of recent antisemitic statements by Kanye West, we will no longer be hosting Donda Academy at this year’s Play-By-Play Classics events. Kanye’s words and actions violate our values as a company and a country.”

This is a blow to burgeoning basketball stars who were wooed to the academy — including Robert Dillingham, one of the top high-school point guards in the US. The 17-year-old was, according to his father Donald Dillingham, courted by West himself.

“I think it’s a bad situation for my son,” Donald told The Post after the Donda closing announcement. “He’s already committed to University of Kentucky. No matter what, though, he needs to finish high school.”

One parent pulled his basketball-playing son out of the school even before West started grabbing shocking headlines.

“[The school] was not aggressive on academics and our son’s grades were slipping,” Abu Askia, father of Jakhi Howard — a top-notch guard slated to graduate in 2024 — told The Post. “So we got him out … They need to tighten up their curriculum.”

Yusef hopes his old pal West can get back on track: “I would say he is doing his best to figure out life as he takes it in big gulps.”