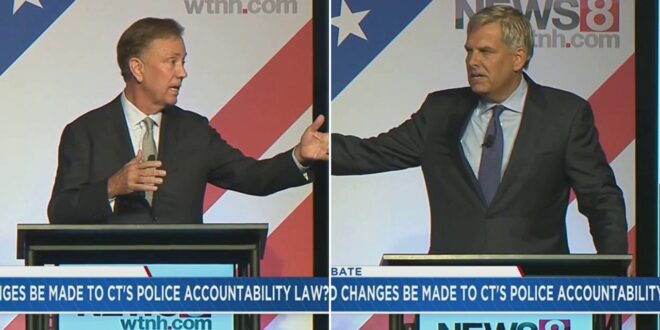 “Every officer I’ve talked to — your Police Accountability Bill has created a sense of leniency and corruption in the state of Connecticut, and you need to be held accountable for it,” he claimed. “It’s unconscionable to the people Connecticut.”

WEST VIRGINIA’S MOONEY RUNS FOR CONGRESS BUT AIMS AT MANCHIN

Democratic Gov. Ned Lamont shot back at Stefanowski and accused him of politicizing the deaths of Sgt. Dustin Demonte and Officer Alex Hamzy, who were gunned down on Oct. 12 after they responded to a possible domestic violence house call, which authorities believe was a deliberate ambush.

“I just think that is the cheapest grandstanding I can imagine,” Lamont said, adding that the tragedy was carried out by “a madman who was drunk with an AR-15-style assault weapon.” 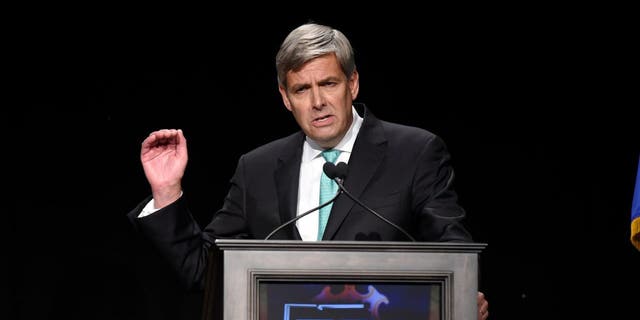 “Get those AR-15-style assault weapons off the street if you really want to be serious about crime,” he added in a furious retort.

Stefanowski took issue with a bill Lamont signed into law two years ago in the aftermath of the George Floyd killing. 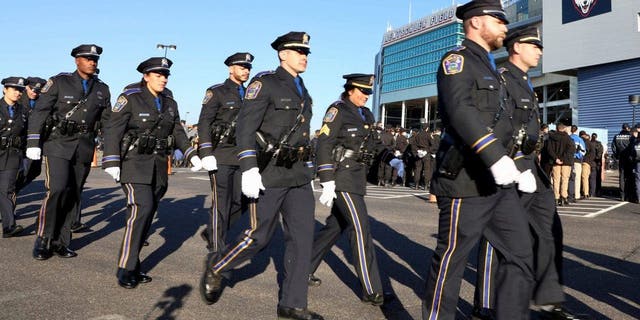 The law required greater oversight on policing by establishing an inspector general to investigate police use of force, limitations were put on instances were deadly force can be justified and more civilian oversight on police departments were enabled.

Lamont pointed to police-camera requirements as an example of how his policies have not only expanded trust between the police and community but have given police officers an added layer of security as they can look at the footage to show they followed procedure.

But the law also sparked controversy in Connecticut and led to a protest at the state Capitol after it allowed civil lawsuits to be filed against officers by individuals who’s constitutional rights were violated if their actions were determined to have been “malicious, wanton or willful.” 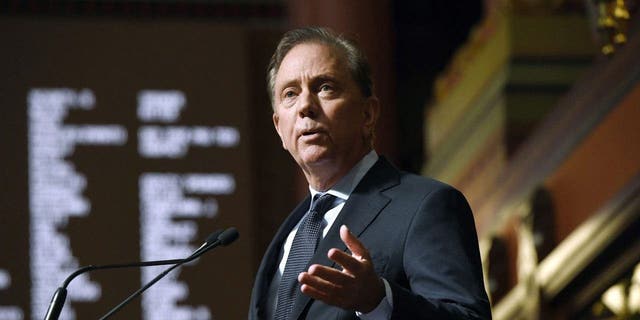 In this Feb. 9, 2022 file photo, Connecticut Gov. Ned Lamont delivers the State of the State address during opening session at the State Capitol in Hartford, Conn.
(AP Photo/Jessica Hill, File)

Stefanowski argued these oversight procedures have created an atmosphere where criminals feel emboldened and accused the governor of showing a “lack of respect” for law enforcement.

“It’s false and unfair, and they’re wrong,” he added.