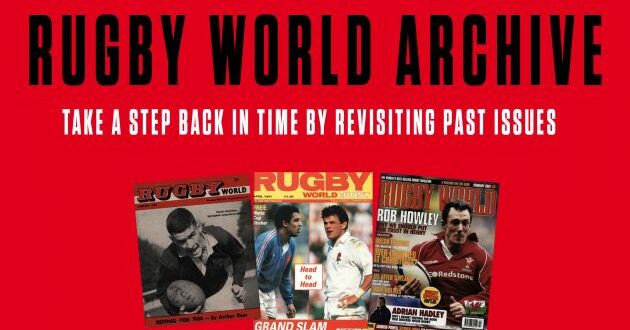 Get online access to magazines from its launch issue in 1960

Rugby World magazine launched back in 1960 and over the ensuing decades has brought readers exclusive interviews with big-name players and coaches, incredible stories from around the world and in-depth analysis of the game of rugby union.

Now, for the first time, readers can revisit past issues of the magazine online through the newly launched Rugby World Archive.

Want to know who was on the cover of the first-ever issue in October 1960? Or find out what the big talking points were in the 1980s? Or see what novel photo shoots were created in the 1990s? Well, now you can.

Whether you’re looking for a specific article – maybe the time you featured in the magazine – or researching a player/topic in rugby or simply want to take a step back in time to look at editions from decades gone by, the new archive is the place for you.

There is also a search function that allows you to put a name, phrase or word when looking at an issue, then the pages on which that appears will be highlighted to make it easier to find what you’re looking for.

You’ll find issues of Rugby World published from 1960 to 2012 on the website (those published post-2012 are already available in digital format), so it is a real treasure trove for rugby fans.

Plus, the first 100 people who sign up will get a year’s access for just £25 – be quick to take advantage of this special offer.

Head to if you want to sign up – and there are also three issues you can try for free before committing to one of the subscription packages.