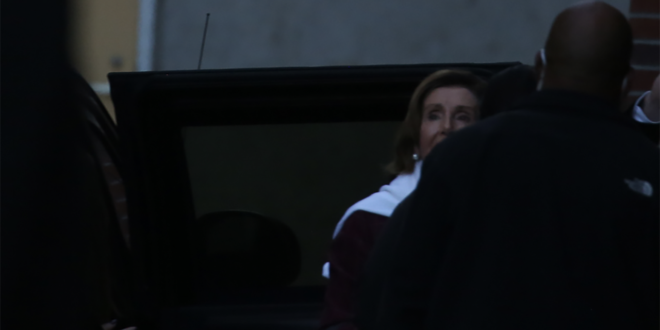 House Speaker Nancy Pelosi said on Monday evening that her husband is making “steady progress on what will be a long recovery process” after being attacked by a man with a hammer in their San Francisco residence in the early hours of Friday morning.

“We have been deluged with thousands of messages conveying concern, prayers and warm wishes,” Pelosi tweeted. “We are most grateful.”

Paul Pelosi underwent surgery for a skull fracture and serious injuries to his right arm and hands at Zuckerberg San Francisco General Hospital, where he is still recovering.

Nancy Pelosi, who was in Washington, D.C., at the time of the attack, visited her husband at the hospital on Sunday.

David DePape, the 42-year-old man accused of attacking Pelosi, was charged with attempted murder, residential burglary, assault with a deadly weapon, elder abuse, false imprisonment of an elder, and threats to a public official and their family on Monday, San Francisco District Attorney Brooke Jenkins announced. 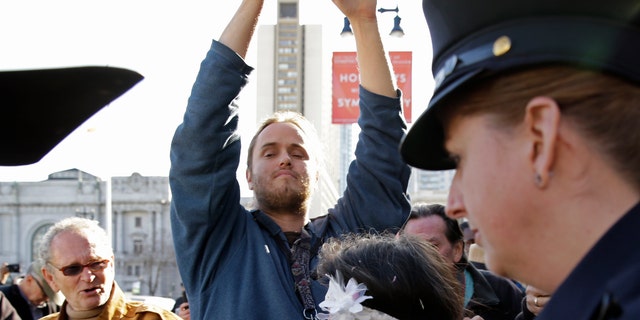 David DePape, accused of beating Paul Pelosi with a hammer records Gypsy Taub being led away by police after her nude wedding outside City Hall on Dec. 19, 2013, in this file photo.
(AP Photo/Eric Risberg)

DePape allegedly wanted to hold Rep. Pelosi hostage and threatened to break “her kneecaps” if he caught her lying, according to an FBI affidavit.

San Francisco police responded to the scene and entered the home, where they encountered DePape and Paul Pelosi struggling over a hammer. DePape gained control of it and struck Pelosi in the head, officials said.

Zip ties, tape, rope, gloves and a journal were also recovered at the scene, according to the FBI affidavit.

DePape, who was born in Canada, is in the U.S. illegally after a “longtime” visa overstay, an Immigrations and Customs Enforcement source told Fox News on Monday.

Previous US says it won’t ‘waste time’ on Iran nuclear deal
Next Northern Ireland’s ‘Troubles’ may have quieted, but their echo has reached America