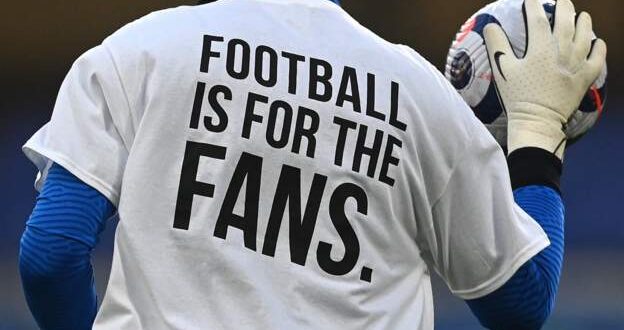 Representatives of 29 clubs have written to the government urging it to press on with plans for an independent football regulator.

The letter warned that clubs could be “wiped off the map” if there is any further delay in action.

The government announced plans in April for an independent regulator in England after endorsing a fan-led review, but there has since been no progress.

“The future of the game hangs in the balance,” the letter said.

It added: “The pandemic has left clubs on their knees and the cost-of-living crisis threatens to deliver a knockout blow.”

A regulator would have legislative power to sanction clubs in English football who break financial and other rules.

The government was due to outline its plans in a white paper this summer, but it was delayed due to the Conservative Party’s changes of leadership.

During the leadership contest, now-Prime Minister Rishi Sunak publicly committed himself to implementing all 10 recommendations of the fan-led review.

The call for a regulator was among 10 recommendations made by the fan-led review, chaired by former Sports Minister Tracey Crouch, on how to improve football governance.

The review followed a number of high-profile crises in the sport, such as the failed European Super League and the collapse of Bury FC.

Previous Northern Ireland’s ‘Troubles’ may have quieted, but their echo has reached America
Next USWNT roster vs Germany: Morgan, Pugh return to bolster attack