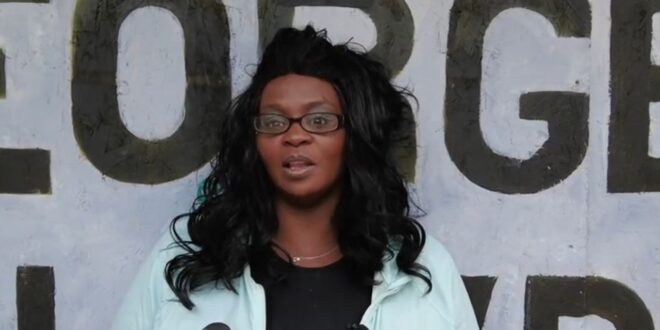 A Washington state woman who has a history of anti-police statements and once seemed to be encouraging people to riot has been appointed to fill a director vacancy on a city school board.

Talauna Reed was sworn in during an Olympia School Board meeting on Thursday, October 27, according to a press release.

The Olympia School Board unanimously agreed to appoint Reed to fill the District 2 board director earlier this month.

Since her appointment, a video recording from July 2021 has circulated online showing Reed addressing a crowd outside the state capitol.

In the video, Reed shouts “f— the police” before encouraging the crowd to say the names of Breonna Taylor and Yvonne McDonald. Taylor was a 26-year-old Black emergency medical worker killed by police killed during a March 2020 “no-knock” drug raid on her home. McDonald was Reed’s 58-year-old aunt who was found dead by a street sweeper in 2018. Activists – including Reed – maintain that McDonald’s death was not sufficiently investigated and that officials are “intentionally covering something up.”

In the July 2021 video, Reed alleges that “both black women were murdered by the f—ing police.”

“It amazes me how those pigs can sit over there to watch us peacefully … talk about what we want changed in this state,” Reed says. “And they don’t pay attention until we tear s— up. So, before I get started, tear everything up in this f—ing city until they do what we want them to do.”

Reed has an extensive history of political activism. According to OSD, Reed is the Lead Outreach and Advocacy Navigator at Interfaith Works where she works with homeless people. She was named YWCA “Womxn of Achievement” in 2020 as part of the organization’s annual Olympia event. She ran for Olympia City Council in 2021 but lost to Lisa Parsheley.

The school board on which Reed will sit comprises five board members voted in under four-year terms. Reed’s predecessor, Justin McKaughan, resigned during a board meeting in June. Per The Olympian, board member candidates filling vacancies between elections go through a round of interviews with the school board rather than being voted in. 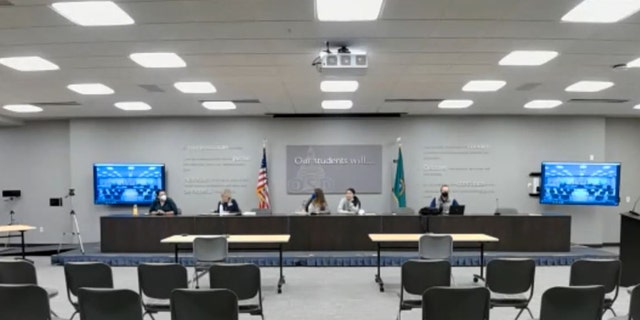 During her swearing-in on Thursday, many welcomed her appointment while others expressed concern with her past comments.

Reed responded that it was everyone’s right to show up for public comment, just as it was her right “to oppose police brutality.”

OSD told Fox News Digital it received a number of emails and calls “both in support of, and in disagreement with, the board’s unanimous decision on October 13 to appoint Talauna Reed to the Olympia School Board.”

OSD said Reed was chosen among other candidates based on the content of her answers throughout the interview process, as well as “her advocacy and experience working with underserved members of our community.”

“During the interview process she showed herself to be a committed and thoughtful advocate for the students of our school district,” OSD said. “We look forward to working with her to address pressing equity and inclusion issues in our school district. We believe she’ll be an important voice and partner moving forward.”

Reed will serve a one-year term through December 2023.