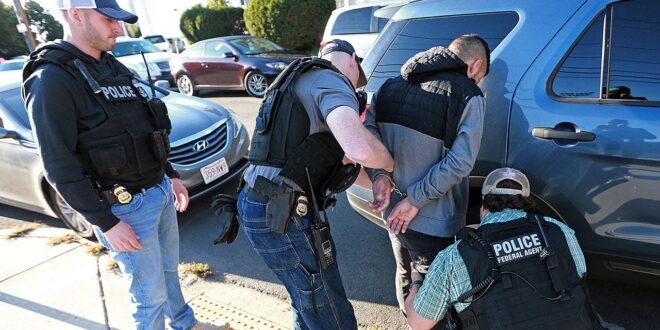 Immigration and Customs Enforcement (ICE) announced this week that a massive operation in Guatemala had led to a number of arrests and rescues of migrants who were being smuggled by transnational criminal organizations.

ICE announced that its Homeland Security Investigations (HSI) division had conducted the action in Guatemala with local authorities, carrying out 20 arrest warrants and 54 search warrants in three parts of the country.

The operation resulted in the arrest of two dozen Guatemalans for human smuggling, as well as the seizure of over $150,000 and other contraband. ICE also announced that they had rescued 70 migrants in the country illegally from Ecuador, Nicaragua, Salvador and Venezuela from various hotels in Guatemala City.

“The enforcement actions we are taking against the vicious smuggling organizations that prey upon vulnerable individuals are unprecedented in their scope and scale,” Homeland Security Secretary Alejandro Mayorkas said in a statement. “This takedown by our Homeland Security Investigations is a powerful example of the thousands of actions we have taken to date. Our efforts are in partnership with other departments in the federal government and, critically, through increased collaboration with our foreign partners as well.

Of the 24 arrested, seven were Guatemalan cops who ICE said facilitated the smuggling and were investigated by Guatemala’s police internal affairs unit.

HSI, which is separate from ICE’s Enforcement and Removal Operations, had launched a similar operation last year into Guatemalan smuggling networks. That operation exposed a number of networks operating across multiple hotels.

There were more than 2.3 million migrant encounters at the southern border last fiscal year, and much of that is facilitated by criminal organizations and cartels operating at the border and throughout Central America.

The Biden administration has taken an approach to the border that involves targeting “root causes” of migration in the hemisphere. Part of that strategy involves cracking down on human smuggling and it has repeatedly touted an anti-smuggling operation this year which had resulted in thousands of arrests and the dismantling of over 5,000 smuggling operations.

TENS OF THOUSANDS OF MIGRANTS HAVE CASES THROWN OUT OF IMMIGRATION COURT, AS DOCS NOT FILED

The announcement of the ICE operation comes just a few weeks after the Biden administration announced increased cooperation with Mexico on migration.

The large-scale border enforcement campaign will see more checkpoints, collaboration between the countries in terms of human smuggling operations and a surge in resources and personnel.

Officials said the campaign would also see more information sharing between the two countries on how transnational criminal organizations are using stash houses and staging locations and are transporting migrants through Mexico and into the U.S.

Accompanying that operation is a controversial expansion of Title 42 removals to include Venezuelan nationals, whose numbers have increased dramatically in recent months but had not previously been removed under the Trump-era order due to Mexico’s refusal to take them.