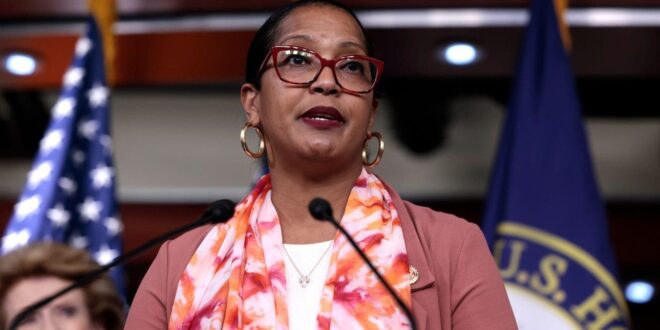 Connecticut Democratic Rep. Jahana Hayes is in a dead-heat race against Republican opponent George Logan, according to new polling data.

Hayes and Logan are polling at identical levels of support, each at 45%, according to a CT Examiner/Fabrizio, Lee & Associates poll.

Approximately 10% of those polled were undecided.

Logan is looking to become the first Republican in 16 years to win in the state’s 5th Congressional District.

Rep. Jahana Hayes, a Democrat from Connecticut speaks during a news conference on the baby formula shortage with House Democrats at the U.S. Capitol in Washington, D.C., May 17, 2022.
(Ting Shen/Bloomberg via Getty Images)

The CT Examiner/Fabrizio, Lee & Associates poll surveyed 600 likely voters in the district from Oct. 23 to Oct. 27. It has a margin of error of plus or minus 4 percentage points.

BATTLE FOR THE HOUSE: THESE DEEP BLUE SEATS COULD FLIP RED IN NOVEMBER 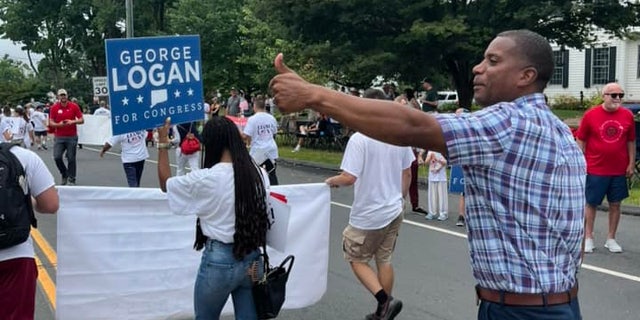 Despite the dead heat between Hayes and Logan, not all Connecticut midterm election races are expected to be as tight.

Rep. Jim Himes has a strong 53%-37% lead over Republican challenger Jayme Stevenson, and Rep. Joe Courtney is blowing out GOP candidate Mike France by 51% to 29%, according to the same CT Examiner poll. 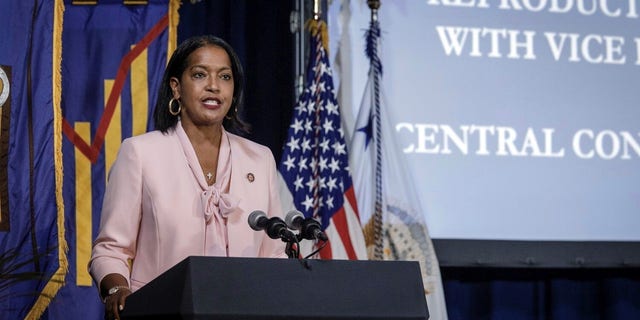 Hayes, who made history as the first Black woman and Black Democrat to represent Connecticut in Congress, won both her 2018 election and her 2020 re-election by double digits. But the Congressional Leadership Fund, the leading super PAC aligned with House GOP Leader Kevin McCarthy, has dished out $3 million in the district to boost Logan, who is also Black.