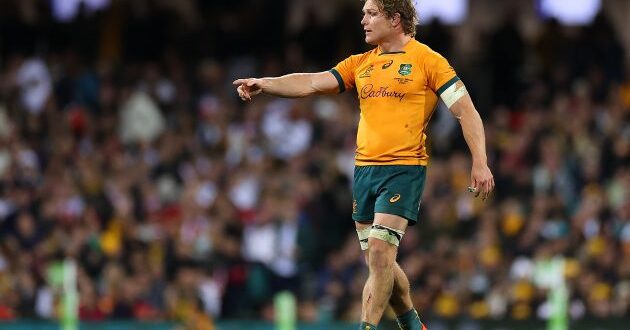 Dave Rennie has named his Australia side to face Scotland this Saturday in the first round of their ‘tour from Hell’ this autumn. With five games against Six Nations opposition, they have their work cut out for them.

And so the return of Michael Hooper for their opener is big news.

Having taken himself out of the Wallabies running for a while, in order to look after his mental health, he said of his return: “So I’m back, putting myself in this position because I want to be here.

Hooper starts at seven against Scotland, with James Slipper the skipper. Queensland nine Tate McDermott earns his first start of the 2022 campaign with Bernard Foley his half-back partner. Tom Banks has recovered from a broken arm suffered during the Australia A tour of Japan and comes in at 15, with Tom Wright and Andrew Kellaway on the wings.

Hunter Paisami and Len Ikitau are the centres while lock Nick Frost breaks into the side.

It’s a bench with plenty of impact potential, with the aptly named Jock Campbell hoping to come into full-back for his debut against Scotland.

Previous Here’s why Dax Shepard and wife Kristen Bell didn’t want a second child
Next Barack Obama, in Georgia, calls Herschel Walker a ‘celebrity who wants to be a politician’