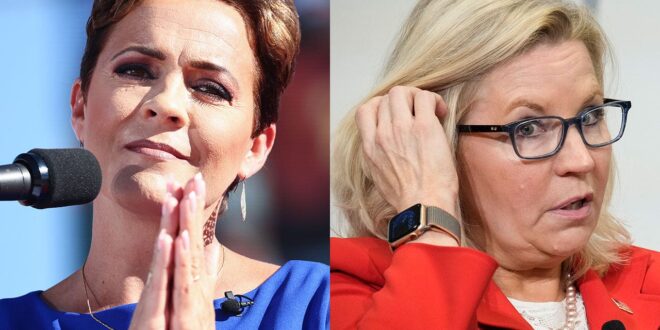 Arizona candidate Kari Lake, a Republican running for governor, announced her campaign raised over $300,000 on Friday, which she cheekily credited to Sen. Liz Cheney, who is actively campaigning against her.

In an open letter, Lake thanked Cheney for her “biggest fundraiser yet” as Cheney’s recent television ad campaign “urging Arizonans not to vote for me is doing the just the opposite.”

“Our campaign donations are skyrocketing and our website nearly crashed from traffic as people rushed to learn more about my plan to put Arizona First and join our historic movement,” Lake said in the letter.

She added: “In fact, my team tells me your commercial should add another 10 points to our lead! I guess that’s why they call the Cheney anti-endorsement the gift that keeps on giving.”

ARIZONA, PENNSYLVANIA, OHIO, AND OTHER STATES WITH IMPORTANT MIDTERM RACES: WHY DO THEY MATTER?

“Thank you again for the huge boost to our campaign,” Lake said in the letter, noting Cheney was on her way out of Washington, D.C. “Enjoy your forced retirement from politics.”

Matt Towery, a pollster for InsiderAdvantage, who conducted the poll, said Hobbs trails behind Lake as she refuses to publicly debate her.