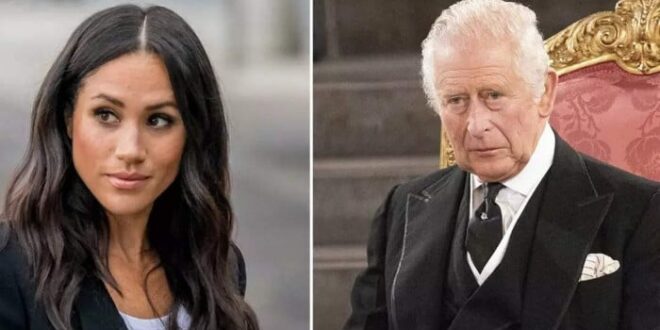 The Duke and Duchess of Sussex left the UK in 2020 after stepping down from their roles as senior royals, and have since relocated to the US, where they’ve talked about their less-than-pleasant royal experience in interviews, shows, and now an upcoming memoir.

In a recent chat with Variety, Meghan also opened up about the Queen’s death last month, saying that there were ‘complicated’ feelings around the loss, and a royal expert said that her comments ‘dampened’ the start of King Charles’ reign.

Talking to Us Weekly, Christopher Andersen said, “I think — as far as the Charles is concerned, specifically — you know, he feels betrayed,” before sharing that King Charles had had a soft spot for Meghan earlier, highlighted by the fact that he ‘walked her up the last half of the aisle’ instead of her own father at her wedding to Prince Harry.

“I mean, he really was very fond of her. And I think he’s somewhat bewildered,” Andersen continued.

He also added that while the late Queen Elizabeth was ‘used to handling’ Harry and Meghan’s outbursts, Charles is not.

“I don’t think it threw her as much as it has thrown at Charles, and understandably so, because this is his son and the daughter-in-law who … have said some pretty hurtful things,” he said.