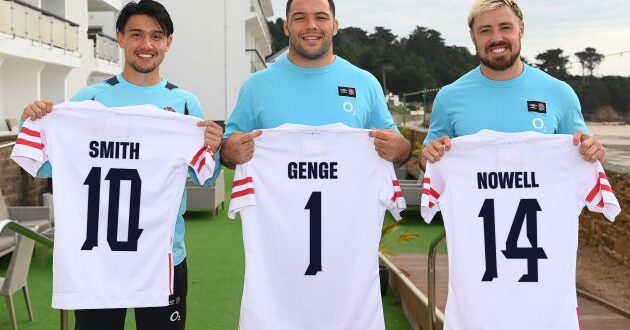 Scotland will also have names on the back of jerseys

England players will have their names on the back of their shirts throughout the Autumn Nations Series – a first for England.

As you can see above, England’s Ellis Genge, Jack Nowell and Marcus Smith posed with shirts sporting names on the back while in camp in Jersey.

Scotland will also have names on their shirts for the match with Australia this Saturday. England’s player names will be visible for the first time in their match with Argentina next week.

RFU chief executive Bill Sweeney said of the move to put names on shirts: “We are delighted to be featuring player names on the back of England shirts for our men’s international Test matches this autumn. We hope this will lead the way for us to consider names on shirts to further promote our world-class England international players participating in other international tournaments across the men’s and women’s game. 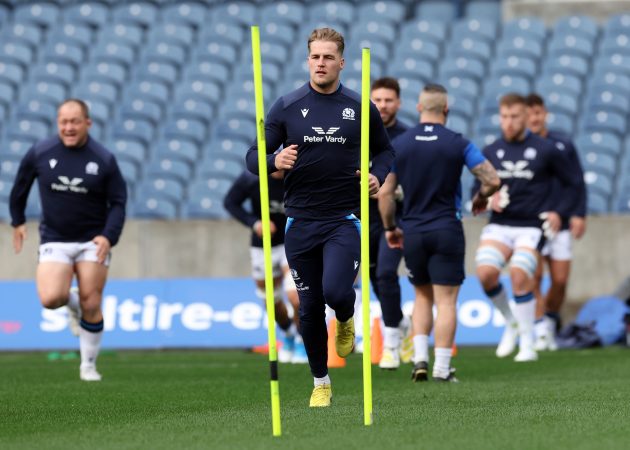 Scotland prepare for their Test against Australia (Getty Images)

“While fans and players will always take ultimate pride in flying the flag and wearing the Rose to support England rugby teams, we think player names on shirts may have the potential to bring fans closer to the international stars of our game and we look forward to seeing the reaction to this initiative.”

It is also understood that some teams taking part in the Autumn Nations Series will allow Amazon Prime to have cameras in their dressing rooms during matches, although it has been reported that England have decline this.

What do you think of names on jerseys? Let us know via [email protected] or on our social media channels.