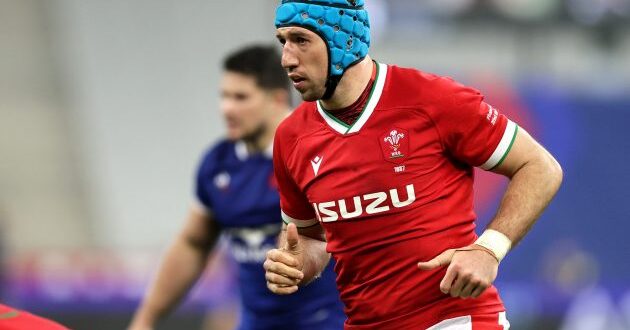 Justin Tipuric will captain a 35-man Wales squad for their Autumn Internationals fixtures against New Zealand, Argentina, Georgia and Australia this November.

The squad features five uncapped players in Ospreys centre Joe Hawkins, Dragons wing Rio Dyer and a trio of Scarlets players: scrum-half Dane Blacker, fly-half Sam Costelow and back-row Josh Macleod. Macleod had been selected for his Wales debut against Scotland in 2021 only to withdraw because of injury.

At the other end of the spectrum, Leigh Halfpenny, Ken Owens and Tipuric are back for international duty more than a year after they last appeared for their country.

Other familiar faces returning are Jac Morgan (Ospreys) and Rhys Priestland (Cardiff), who were last called up for the 2022 Guinness Six Nations; looseheads Rhodri Jones (Dragons) and Nicky Smith (Ospreys), who feature for the first time since the summer 2021 campaign; and Exeter Chiefs’ Christ Tshiunza, who made his Test debut last November.

Ospreys hooker Dewi Lake became the first player to drop out of the squad after incurring a shoulder injury on club duty. Bradley Roberts (Dragons) has replaced him.

Ospreys flanker Tipuric will replace Biggar (knee) as Wales captain for the series.

“I’m honoured and didn’t quite expect it to be honest,’’ said Tipuric, 33, who missed last season with a shoulder injury sustained on the 2021 Lions tour. “I’m just happy to get back in the squad and to have the responsibility of leading such a great bunch of boys on to the field is one of those definite highlights of your career.’’

Wales kick off their campaign against the All Blacks (5 Nov), who they haven’t beaten since 1953. Argentina (12 Nov) are back in Cardiff following two visits with capped attendances in 2021 due to Covid.

Georgia (19 Nov) make their first visit to the capital since 2017, after the last meeting of the teams was moved to Parc y Scarlets when the Principality Stadium became a field hospital in 2020. And the Wallabies (26 Nov) will complete the schedule when they compete for the James Bevan trophy.