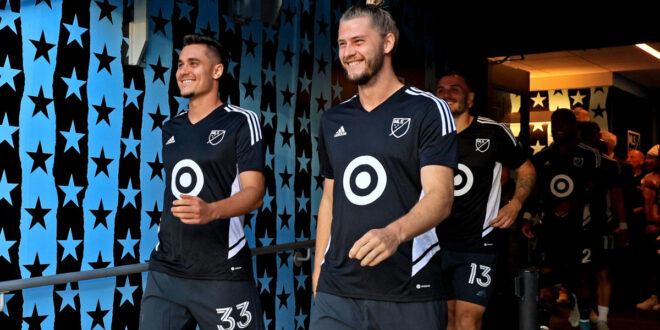 A small selection of World Cup hopefuls will begin gathering in Frisco, Texas, on Tuesday as the U.S. formally sets out on the road to Qatar with a “fitness camp” for out-of-season MLS players.

Nine men are on coach Gregg Berhalter’s initial list with more to come, potentially, based on the result of this weekend’s two conference finals. The camp will run until Nov. 5, the date of the MLS Cup final. The 26-man World Cup roster then will be revealed on Nov. 9, with training in Al Rayyan, Qatar, set to kick off on Nov. 14.

The nine players invited to Frisco are:

All save Slonina were involved in the Americans’ World Cup qualifying effort, which concluded at the end of March. The 18-year-old is a long shot to make the World Cup team, but was invited to train with U.S. coaches while transitioning from the Fire to Chelsea (Slonina just returned from a short stint in London).

The only realistic World Cup candidates still involved in the MLS playoffs are Los Angeles FC midfielder Kellyn Acosta and New York City FC goalkeeper Sean Johnson. Berhalter chose to make the camp somewhat exclusive, omitting those MLS players on the fringe of the U.S. pool who don’t appear to be on the shortlist for Qatar.

Among those left out who may have harbored faint World Cup hopes at one point during qualifying, or who missed out on a chance this spring to prove their worth, are Sebastian Lletget (FC Dallas), Gyasi Zardes (Colorado Rapids), Brandon Vazquez (FC Cincinnati), Eryk Williamson (Portland Timbers), Jeremy Ebobisse (San Jose Earthquakes) and Djordje Mihailovic (CF Montreal/AZ Alkmaar).