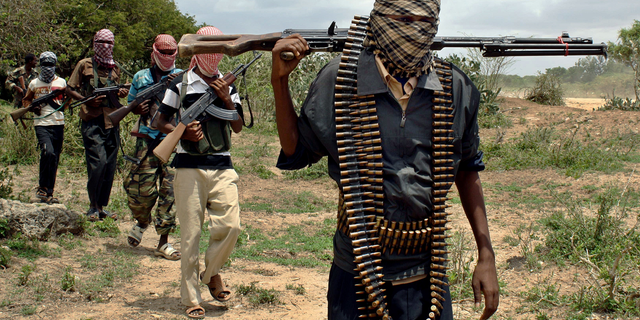 U.S. Africa Command carried out an airstrike on Sunday targeting al-Shabaab terrorists in coordination with the Somali government, the Pentagon said.

The terrorists, two of whom were killed, had been attacking Somali National Army forces near Buulobarde, a city roughly 135 miles north of Mogadishu.

No civilian casualties were reported, according to an initial assessment by U.S. Africa Command.

The airstrike comes about three weeks after the U.S. military launched an airstrike in Somalia that took out Abdullahi Nadir, a top leader of what the Pentagon says is the “most kinetically active al-Qaeda network in the world.”

“U.S. Africa Command, alongside its partners, continues to take action to prevent this malicious terrorist group from planning and conducting attacks on civilians,” the Pentagon said in a statement. 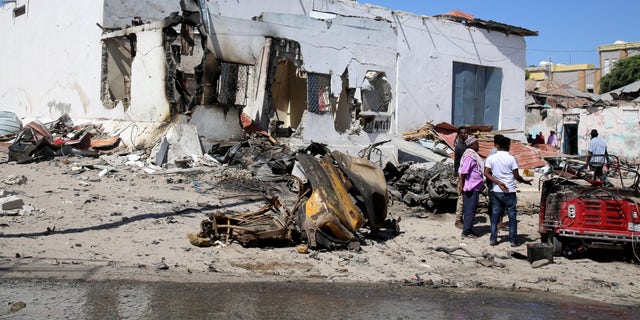 A view of damage at the scene after a suicide car blast targeted a security convoy in Mogadishu, Somalia on January 12, 2022.
(Sadak Mohamed/Anadolu Agency via Getty Images)

Earlier this month, the State Department also placed sanctions on five al-Shabaab leaders believed to be responsible for terrorist attacks in Somalia and nearby African countries.

President Biden redeployed several hundred Special Operations troops to Somalia in May after former President Trump withdrew them in December 2020.