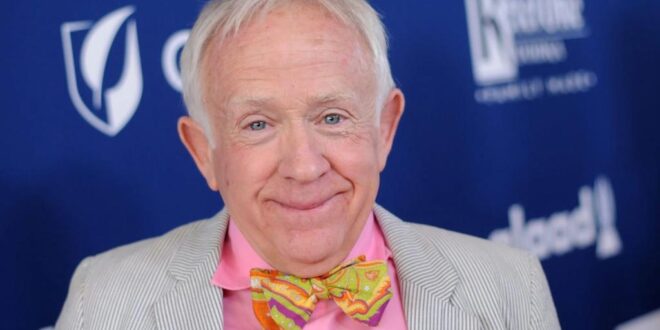 TMZ reported Tuesday that the 67-year-old actor complained of shortness of breath for the past three weeks, so much so that he made a doctor’s appointment for the coming days.

Law enforcement sources told the outlet they believe Jordan suffered a heart attack when he wrecked his car into a Los Angeles building, resulting in his death.

His official cause of death has not been announced. Meanwhile, tributes have poured in for the “Will and Grace” star.

“The world is definitely a much darker place today without the love and light of Leslie Jordan. Not only was he a mega talent and joy to work with, but he provided an emotional sanctuary to the nation at one of its most difficult times,” Jordan’s manager told The Post on Monday.

“What he lacked in height he made up for in generosity and greatness as a son, brother, artist, comedian, partner and human being. Knowing that he has left the world at the height of both his professional and personal life is the only solace one can have today,” his rep added.

Jordan starred in the Mayim Bialik-led sitcom “Call Me Kat” as the head baker at Bialik’s character’s cafe. Upon Jordan’s death, production of the Fox series has been suspended.

Previous The new Motorola Razr has arrived in Europe, but there’s no release date yet
Next James Corden fat-shamed by Patrick Stewart at awards row