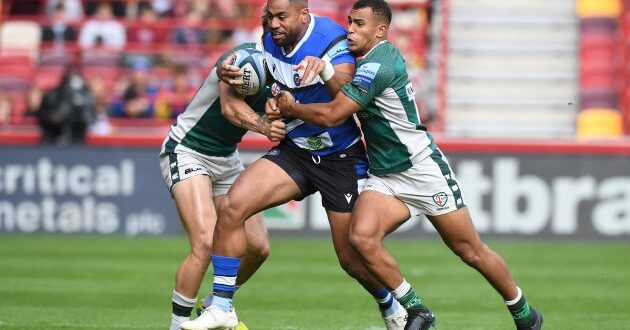 With your back against the wall and the opposition more than a converted try up, with time running out, is there a single player you’d want to see stepping up to carry? Who are the best ball-carriers when the chips are down?

It’s an interesting proposition. So often we’ve talked about carry metres and players in hot form. Recently we are looking more and more at who is busting tackles or making metres after initial contact. Because in a game of attritional gain-line chess, it helps to know who is knocking piece over and advancing up the board.

But the added element of chasing a leader changes the dynamic.

So looking at the current Gallagher Premiership season, we asked Oval Insights to explain how far players (and teams) had carried beyond contact when their side was more than seven points behind on the scoreboard. The intention here, albeit crudely, is to determine who has done the most hard yakka to turn the tide of a match or drag their side back into things.

This is a celebration of those who make the charge when it’s most needed.

So far this season, in terms of teams, Saints lead the way with 289m carried past the contact while behind by more than seven. Bath have 259m and then we drop to Leicester Tigers with 171m, in third.

Sale Sharks, interestingly, have the lowest total of post-contact metres made while behind by more than a converted try, with just 34m.

But for players, overall, one man streaks ahead right now – Joe Cokanasiga (Bath). He’s gone 75m beyond contact so far this season with the scoreboard against them. For context, next on the list so far is Juarno Augustus (Northampton Saints) with 44m, Fraser Dingwall (also Saints) has 30m, and then Cadan Murley (Harlequinsuins) and Will Joseph (Irish) have 28m.

It’s worth shouting out Ollie Lawrence here – while he has started like a train for Bath, with the centre posting some mind-boggling numbers since he joined from disbanded Worcester, interestingly, his best work has rarely been within our window of criteria. He has carried for just 8m while behind by more than seven.

Going a layer deeper, we wanted to then look at specific instances when a team staged a comeback to win the match. So we could highlight matches where a side overcame a deficit of more than seven points to triumph – and the stars who helped make it possible.

Leading the way this season for one single game for example, is Sarries. They, as a unit, carried beyond the contact the most on the way to a turnaround win. They had 80m collectively against Quins in September.

Within that match, Maro Itoje carried for 11m as Saracens chased, while Ben Earl and Billy Vunipola both dragged their team 10m beyond the contact while behind. But there were a litany of players who put their hands up on this one, and having players like Vunipola and Theo McFarland in heavy traffic helps.

Also up there was Saints’ 67m against Wasps in a 40-36 thriller in which, at one point, Saints were behind 25-14. Dingwall got himself 11m carrying beyond contact while behind by more than seven, Augustus added 10m, and Alex Coles and Lewis Ludlam had 8m apiece.

Another interesting one which tells of momentum swinging like a wrecking ball the other way was when Tigers soaked up so much while trailing beyond seven against Saints and then went on to dismantle their local rivals, 41-21. While behind, Tigers carried for 60m beyond contact as they started rolling.

As Steve Borthwick said at the time: “The impact in that last 20 minutes was very good and I think over the course of a season you need a quality squad that impacts when (you) start and when you finish.”

The most post-contact metres so far this season, for a team who overcome a deficit? 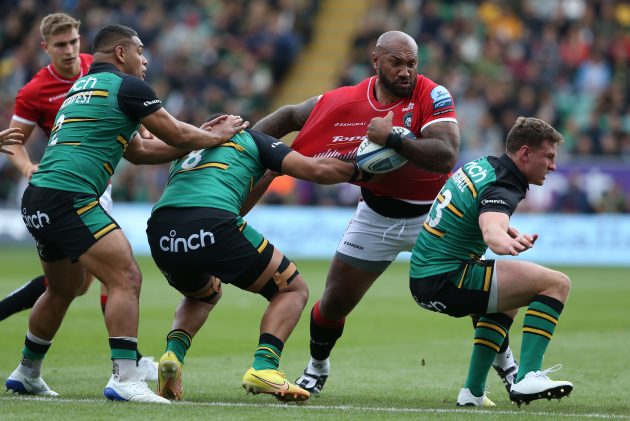 It came in the above match as Nemani Nadolo made 17m while trailing Northampton. No one this season has made more.

If you’re interested in who has spent the most time so far this season trailing by more than seven points, Newcastle top that sad stack with 16038 seconds behind. Bath are next with 15473s, while Saints are there in third with 12425s.

At the bottom of that list is Exeter Chiefs, who have only trailed for 1109s this season.

All data is provided by Oval Insights.