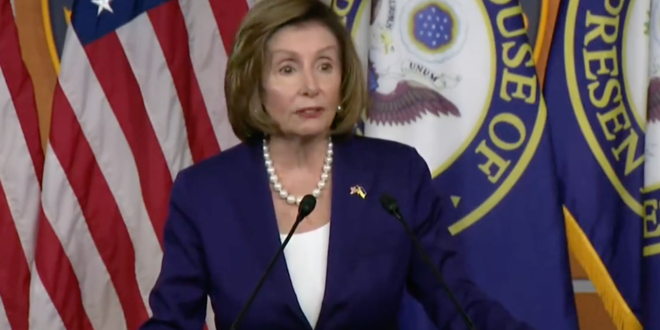 Democrats’ slim majority in the House is at risk of vanishing after the upcoming midterm elections, and current House Speaker Nancy Pelosi is refusing to speculate on her future.

In a Sunday interview with CBS’s “Face the Nation,” host Margaret Brennan asked Pelosi if she intends to remain in her party’s leadership in the next Congress, but the California Democrat refused to discuss the issue.

“I’m not talking about that,” Pelosi said. “I’m here to talk about how we win the election.”

Brennan pressed the issue, asking if that means Pelosi may or may not continue as a party leader. Pelosi would not confirm nor deny.

Rep. Abigail Spanberger, D-Va., called for a change at the top in September following a refusal by leaders to call up legislation to impose tougher stock trading restrictions on members of Congress.

On Friday, House Speaker Nancy Pelosi claimed that farmers in Florida need illegal immigrants to stay in their state and “pick the crops.”
(Fox News )

“This moment marks a failure of House leadership — and it’s yet another example of why I believe that the Democratic Party needs new leaders in the halls of Capitol Hill,” she said, adding that Pelosi and others “chose to ignore these voices, push them aside, and look for new ways they could string the media and the public along.”

A greater threat to her position as speaker, of course, comes from Republicans, as the GOP is threatening to take control of the House – and as a result, the speakership. The latest Fox News Power Rankings show that Republicans are expected to win a 15-seat majority in the House.