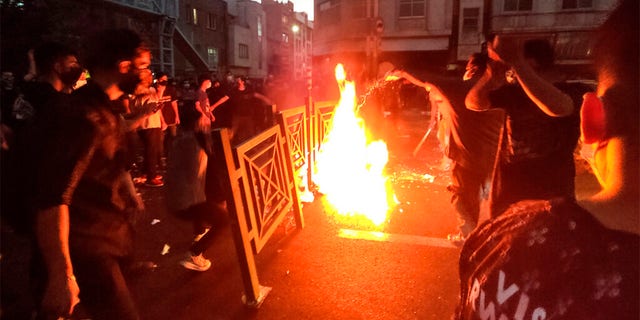 World Cup: Will Iran be kicked out due to new legal action over protests?

The United States national soccer team might not compete against the Islamic Republic of Iran in November’s men’s World Cup in Qatar due to a legal initiative seeking to ban Iran because of its violent crackdown on women and protesters.

Fox News Digital obtained a seven-page letter that the Spain-based law firm Ruiz-Huerta & Crespo sent to Gianni Infantino, president of FIFA (International Federation of Association Football), soccer’s governing body, declaring, “It is indisputable that the behavior of the Iranian Football Federation towards women within the Iranian Football hemisphere completely contravenes FIFA’s gender equality and gender justice agenda and is no doubt a clear violation of FIFA’s Statutes and Regulations.”

The letter added, “We urge FIFA Council to take responsibility and issue a decision suspending the Iranian Football Federation’s membership until they take adequate measures to ensure women can enter stadia across the country and participate in all the competitions organized by FIFA.”

In this Wednesday, Sept. 21, 2022, photo taken by an individual not employed by the Associated Press, and obtained by the AP outside Iran, protesters make fire and block the street during a protest over the death of a woman who had been detained by the morality police, in downtown Tehran, Iran.
((AP Photo, File))

The legal action was initiated by Iranian dissidents, including elite athletes, “who are concerned about the current situation in Iran.” Iran has been blanketed with demonstrations against the theocratic regime since a 22-year-old Iranian-Kurdish woman, Mahsa Amini, was allegedly murdered by the regime’s morality police last month.

Iran’s regime claims that Amini suffered a heart attack, prompting outrage from her family and human rights activists, who vehemently disputed the regime’s claim. The state’s notorious morality police arrested Amini for failing to adhere to a strict Islamic dress code requiring that she cover her hair.

The Spanish law firm, which specializes in sports law, says there are two legal paths to suspend the Islamic Republic from the World Cup in Qatar. According to Article 19 of the FIFA Statutes, “Each Member Association shall manage its affairs independently and without undue influence from third parties.”

The legal action argues that Iran’s regime improperly influences its national team. According to the letter, “In 2006, Iran itself was suspended by FIFA for government meddling. The President of the Iranian Football Federation was displaced, and FIFA demanded his reinstatement because it was deemed that his sacking broke the rules of FIFA’s member association independence.”

The letter notes that “To the extent we have seen, the FA [Football Association] of Iran members are implementing the larger government’s repressive agenda and acting as their custodians; this defeats the very essence of independence.”

While it was reported that Iran allowed women back into sports stadiums in 2019, the lawsuit still addressed the topic. “Suppose women are not allowed into stadia across the country, and the Iranian FA has nothing to do with it but is only enforcing governmental guidelines, as they would claim. In that case, they are not independent and free from undue influence. This goes against Article 19.” 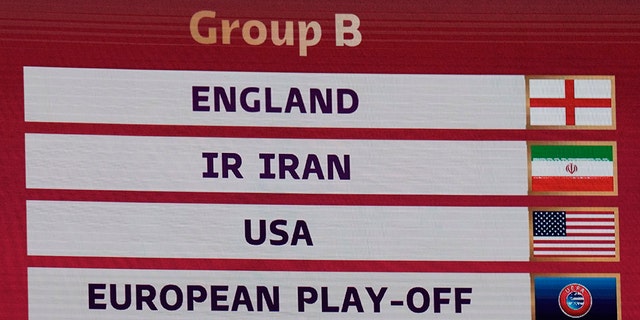 The second legal track pursued by the Spanish law firm involves alleged violations of FIFA statutes against gender discrimination. According to the letter, “forbidding all women from entering stadiums and participating in the World Cup violates FIFA Statutes and Regulations.”

Fox News Digital has learned that FIFA acknowledged receipt of the legal letter. The Switzerland-based FIFA did not immediately respond to a Fox News press query sent on Thursday evening.

The letter said, “The recent civil unrest and remonstrations in Iran have become a global movement and phenomenon. At this stage, it transcends Iran, and Iranian women have become a symbol of the oppression of women everywhere, and the entire world has co-opted their struggle. Allowing the Iranian men’s team to participate in the World Cup whilst their FA continues to stifle the rights of women and deny them any form of participation in international football is a massive betrayal by FIFA to all the women around the world, especially to those who have been martyrs in the fight against the oppression of women. It is also a betrayal of FIFA, its values, and all these years of effort and resources to promote women’s football.”

The former Iranian Greco-Roman wrestling national coach (and now U.S. citizen) Sardar Pashaei is one of the signatories regarding the legal action. He told Fox News Digital, “The government of the Islamic Republic of Iran is killing protesting teenagers in the streets of Iran, detaining and torturing athletes, while at the same time the regime wants to be a full member of the international sports community. This is wrong.” 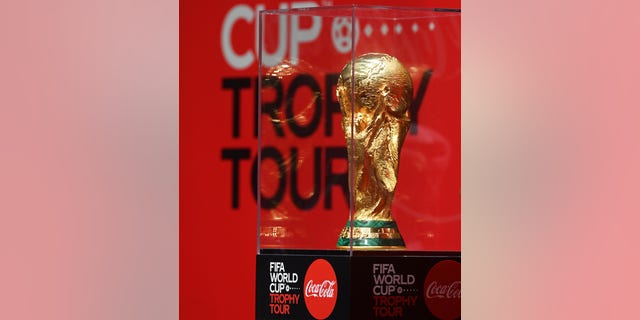 KUWAIT CITY, KUWAIT – MAY 16: The World Cup trophy is on display during a FIFA World Cup Trophy Tour event in Kuwait City, Kuwait, May 16, 2022. (Photo by Xinhua via Getty Images)

Pashaei, who is of Iranian-Kurdish origin and comes from the same hometown, Saqqez, as Amini, said, “Women are not allowed to take part in some sports because they can’t be suitably covered. Nor can they even attend sporting events in stadiums.”

He added: “If the world’s sporting organizations and federations do not stand up for human values and human rights, civilized nations are sending the wrong message to future generations of athletes. My message to FIFA is this: The flag of the Islamic Republic is stained with the blood of Iranian protesters. Remove the tricolor flag of Iran, and replace it with a red flag.”

Fox News Digital sent media queries to the U.S. Men’s National Team (USMNT) and the government of the Islamic Republic, but neither had responded as of press time.

Previous Judge rules Fauci be deposed in lawsuit alleging White House worked with Big Tech to censor speech
Next A simple guide to midterm elections, how they affect the presidency, and more