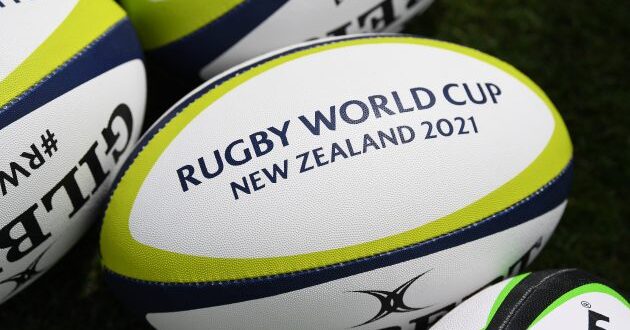 The Rugby World Cup 2022 quarter-finalists have been confirmed after the completion of the pool stages in New Zealand.

New Zealand secured top spot in the seedings and will play Wales, who they beat 56-12 in Pool A, in their quarter-final.

Canada finished second in the seedings and it’s another pool-stage replay for them as they will take on the USA in the last eight. They beat the Eagles 29-14 in their final group game.

England came top of Pool C and will take on Australia in the knockout stages while the runners-up in that pool, France, face Italy in the other quarter-final.

These are the dates and venues for the four quarter-finals, which are generally early starts for those in the UK and Ireland (those kick-off times shown).

World Rugby has also confirmed the details for the semi-finals at Eden Park the following weekend.

With three pools of four at the 2022 Rugby World Cup, qualification for the last eight is a little complicated.

In more recent women’s World Cups, there hasn’t been a quarter-final stage – the three pool winners and the best runner-up have progressed straight to semi-finals.

However, this year in New Zealand there will be quarter-finals, to be played on the weekend of 29-30 October.

Two matches will be played at Northland Events Centre in Whangarei and the other two will be staged at Waitakere Stadium in Auckland, with the semi-finals and final then taking place at Eden Park over the following weekends.

But how is it decided who will make the last eight?

The three pool winners, the three pool runners-up and the two third-placed teams with the most competition points qualify for the quarter-finals.

If teams in the same pool are level on match points, they will be split on the following criteria to determine who is ranked higher:

The teams are seeded, with the pool winners 1-3, the runners-up 4-6 and third-placed teams 7-8. If teams in the same seed banding are level on match points, the same criteria as above is used (obviously bar the first point) to determine the higher seeding.

Previous Iran says it will sue US, alleging ‘direct involvement’ in protests
Next Kylie Jenner In Black Bustier On Bed: Photos – Hollywood Life