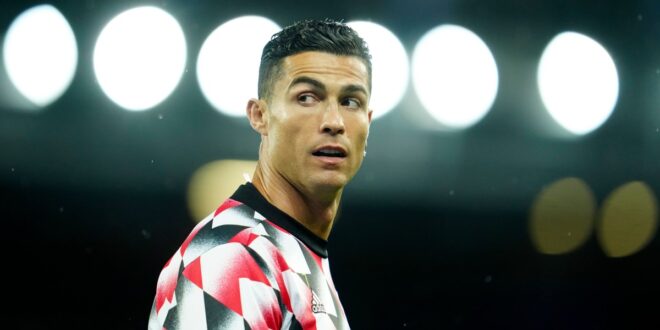 A day after Cristiano Ronaldo walked off the pitch before the final whistle during his team’s 2-0 win over Tottenham, Manchester United has removed the star forward from the first-team squad for the upcoming match against Chelsea, manager Erik ten Hag confirmed on Thursday.

“Cristiano Ronaldo will not be part of the Manchester United squad for this Saturday’s Premier League game against Chelsea,” the statement read. “The rest of the squad is fully focused on preparing for that fixture.”

ten Hag’s actions reportedly go beyond that as well. According to The Athletic, Ronaldo has been banished from training with the first team and made to train alone for the time being, with the premature tunnel exit just part of the issue. He also is said to have refused to come on as a substitute.

Ronaldo has been relegated to a reserve role for most of the season, starting in just two of the club’s 10 Premier League games. He’s been on the field for fewer than 45 minutes in seven games this season, with just one goal scored.

After Wednesday’s match, ten Hag hinted that discipline would be forthcoming. “I don’t pay attention today, we deal with that tomorrow,” he said. “I want to focus on this team, it was a magnificent performance from all 11 players. I have to correct myself, it was a performance on the subs who came on. A squad performance.”

Ronaldo’s future at Man United now comes into full focus. He had pushed for a transfer over the summer, but no solution materialized. With the January transfer window following the 2022 World Cup, in which Ronaldo will represent Portugal for a fifth time on such a stage, it can be expected that another round of Ronaldo rumor and speculation will heat up.

As for Manchester United, it has won six of its last eight games after starting the season with two consecutive losses. The club is up to fifth place in the table, and will take on fourth-place Chelsea on Saturday at Stamford Bridge.

Previous ‘Newcastle starting to upset the big boys’ – Alan Shearer on Magpies’ top-four hopes & win at Spurs
Next PopGrip JumpStart review: what if a battery bank were also a PopSocket?