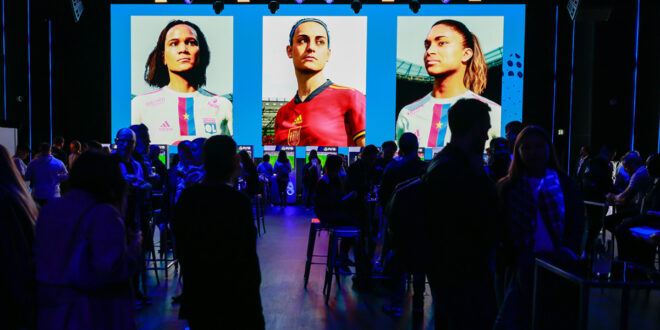 At its Women’s Football Summit Tuesday, EA Sports announced several major initiatives regarding the support of women in soccer.

The first initiative is the Starting XI Fund, a fund for women’s soccer designed to grow the game. EA committed $11 million to the initiative in an investment. The money will go towards in-game, league, club and athlete investments. Per its release, EA Sports also announced that it will fund a women’s soccer internship program with each new and existing women’s league partner starting in 2023.

EA also announced a multi-year partnership with the UEFA Women’s Champions League. Starting with FIFA 23, the video game will feature the knockout stage of the UWCL, with several women’s clubs including Juventus, Real Madrid Femenino, Chelsea, Manchester City and more.

“We are delighted to see the UEFA Women’s Champions League being integrated into EA SPORTS FIFA 23,” Nadine Kessler, chief of women’s football for UEFA, said in the release. “It feels like a natural fit for the world’s best women’s club competition to be part of the world’s leading football simulation game. This is another major step in the women’s game and an ideal additional platform for the female athletes contributing to its success.”

Finally, EA Sports agreed to a multi-year sponsorship partnership with DAZN to become the global broadcast partner of the UEFA Women’s Champions League.