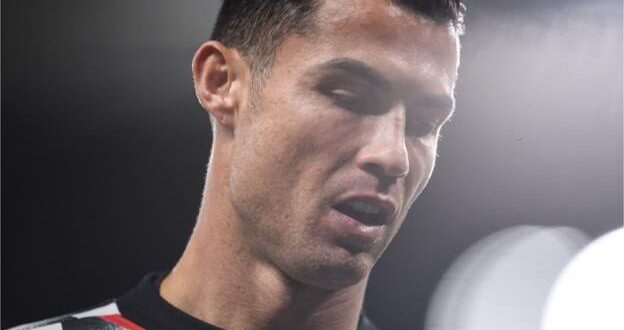 Manchester United manager Erik ten Hag has said there “has to be consequences” after confirming Cristiano Ronaldo refused to come on as a substitute against Tottenham on Wednesday.

Ronaldo, 37, left Old Trafford before full-time after leaving the bench and walking down the tunnel in the 89th minute of United’s 2-0 win.

He has been dropped for Saturday’s game at Chelsea and is training alone.

Ten Hag warned the Portugal international about his conduct in the summer when he left Old Trafford early after being substituted at half-time in a pre-season friendly with Rayo Vallecano. This time he felt he had to act.

“I am the manager, I am responsible for the culture here. I have to set standards and values and have to control them. We are in a team,” Ten Hag said.

“After Rayo Vallecano, I said it was unacceptable, but it wasn’t just him. The second time there has to be consequences. That is what has happened.

“We miss him tomorrow, that is a miss for us and the squad, but I think it is important for the attitude and mentality of the group and now we have to focus on Chelsea – that is the most important.”

Earlier this month, defending himself against accusations from former United skipper Roy Keane that he was disrespecting Ronaldo by not bringing him on in the defeat at Manchester City, Ten Hag said that decision was borne out of respect for the five-time Ballon D’Or winner.

Ten Hag said when he spoke to United about succeeding Ole Gunnar Solskjaer as manager, he explained to them the standards he demands from his players.

It is understood the United hierarchy back the former Ajax coach 100%.

“To get top sport culture and to set the highest standards, we have to live them,” he said. “That is what we do at the moment. It is not something you can construct in a couple of weeks. It takes time.

“Cristiano achieved a lot in his career. It is so brilliant. But he has to be aware you get judged by how you are acting today – it is not about age or reputation.”

Ten Hag intends for Ronaldo to return to the fold on Sunday, when preparations begin for the Europa League group game against Moldovan side Sherrif Tiraspol.

Ronaldo’s contract expires at the end of the season, although it is possible he could leave in the January transfer window if a suitable offer is received.

Ronaldo’s actions have been widely criticised, with Match of the Day presenter Gary Lineker calling them “unacceptable” while former United goalkeeper Peter Schmeichel said this was the first time he had been “disappointed” in the player.

On Thursday, Ronaldo said “the heat of the moment” had got to him, though he stopped short of apologising.

He has scored just one goal in eight Premier League appearances this season, and also showed his displeasure at being substituted in Sunday’s 0-0 home draw with Newcastle.

United go into Saturday’s game at Stamford Bridge just one point behind Chelsea in fifth and Ten Hag said his players would not be distracted by this week’s drama.

“It’s part of playing in top football,” he said.

“There are rumours and noise and you can’t get distracted, you have to remain on the job and get the result.”

He addressed the major issue around Cristiano Ronaldo directly, then explained why he felt it was important to take the action he did.

Then, once the broadcast media had finished, he answered more questions from the written press, which will appear in Saturday’s newspapers.

It was not the first major test of Ten Hag’s authority. But it was the biggest – and he has come through it with his status enhanced and Ronaldo’s diminished. If there is a winner in such situations, Ten Hag is it.

The other point worth nothing is when he first took the United job, Ten Hag’s English was hesitant. Now he can communicate with the media effectively – and forcefully.

With United beating Tottenham as well, it has been a good 48 hours for the Dutchman.