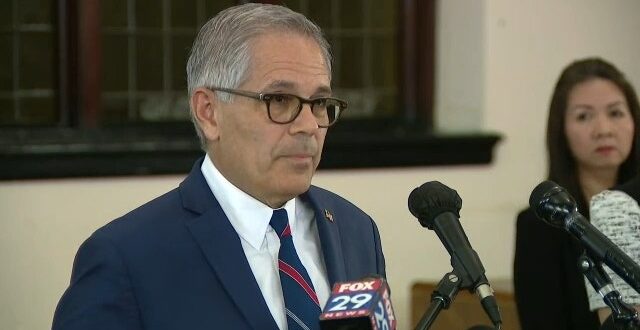 Krasner, 61, made the comments while holding a press conference on the Capitol steps to address the state House Select Committee’s investigation of his office and its enforcement of criminal law.

The progressive DA said he refused to comply with the committee’s request to testify under oath behind closed doors, with no access to the public.

The committee refused his requests to testify and answer questions at a public hearing, Krasner alleged, “because this political stunt ostensibly involves matters of very significant and very important public concern and because the votes cast by Philadelphians in overwhelming numbers in two elections are at stake.”

Krasner then accused Republican lawmakers of focusing on rising crime in Philadelphia at the expense of their own districts, saying it was the party playbook to “point a finger at large, diverse cities and say large diverse cities are lawless.”

“You ever heard that before?” Krasner asked before recounting Richard Nixon’s 1968 campaign pledge to tackle “lawlessness” in “one large, diverse city after another.” 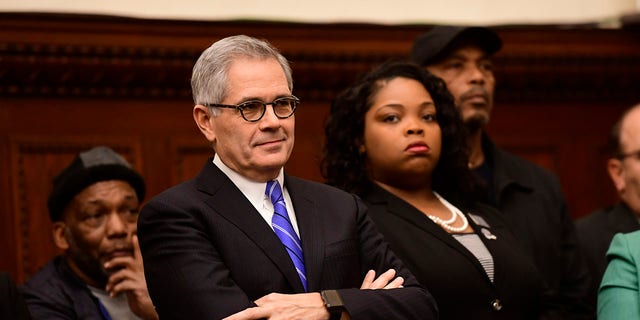 Philadelphia District Attorney Larry Krasner reacts while being mentioned by Danielle Outlaw at a press conference announcing her as the new police commissioner on Dec. 30, 2019, in Philadelphia.
(Mark Makela/Getty Images)

“What we see here is the same old playbook, which is about coded and racist messaging,” Krasner said. “It’s about blaming the biggest city in Pennsylvania with the most diverse population for having the same national struggle that we have with gun violence everywhere and even having increases that are less the committee’s counties.”

He added: “There is no integrity to this process. If there was – and I would join them and help them every step of the way – they would look at the entire state, and they would look at some real solutions and something that can be done to make it better.”

The Pennsylvania House voted last month that Krasner should be held in contempt after he failed to obey subpoenas that the House Select Committee issued in August. The committee said that Krasner twice refused to accept hand-delivery of subpoenas and that his lawyers said they would not comply with one they had received electronically.

Philadelphia, like much of the U.S. in recent years, has seen a general uptick in crime. This year alone, for instance, there have been more than 1,000 reported carjackings, an all-time high.