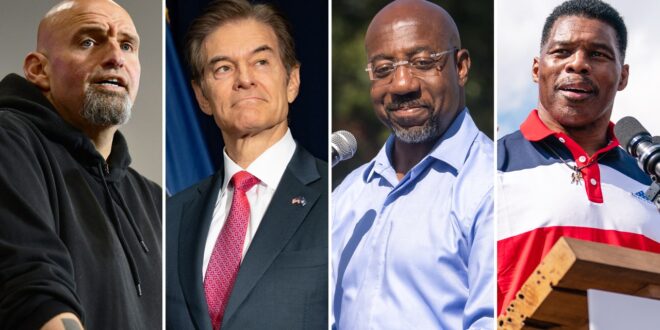 Three weeks out: Political insiders reveal what’s on the line in the top Senate races of the cycle

Three weeks from the midterm elections, Senate races in four states — Wisconsin, Pennsylvania, Georgia, and Nevada — are becoming increasingly heated as Democrats defend their control of Congress from Republicans who are hammering them on a number of issues, including inflation, crime and immigration.

Political insiders from both sides of the aisle provided Fox News Digital with their analysis on the four Senate races as residents in those states, both Republican and Democrat, attempt to determine who they believe will best serve their interests in Congress.

From abortion to crime, prominent issues noted in the analysis from those who are closely monitoring the races revealed that both parties are eager to win the four seats in the Senate and see different opportunities to appeal to voters.

The analysis, which comes as Republicans remain laser focused on the economy and Democrats continue to press on the issue of protections for abortion, also showed that the elections could be closer than what many Americans are expecting.

Wisconsin: “In a race between two polarizing nominees, Republicans are confident that attacks on Mandela Barnes’ views on criminal justice reform and law-and-order issues have moved the race their way — and the public polling backs them up.”

Pennsylvania: “This is the biggest Senate bellwether: The party that wins in Pennsylvania will be favored to win the Senate majority.”

Georgia: “Republicans would be favored to win with a less controversial nominee, but Herschel Walker’s personal baggage is turning this race into a true toss-up.”

Nevada: “If there’s one battleground state where Republicans are confident about their chances, it’s Nevada. The state’s sizable working-class vote is facing economic hardship, and the state’s sizable Hispanic electorate is tilting away from the Democratic Party.”

Wisconsin: “A bellwether race in a bellwether state. Johnson has come back from the dead to have the momentum going into the home stretch hitting issues like crime head in.”

Pennsylvania: “America will be watching the upcoming debate as the season’s most important remaining event. Oz has been making consistent progress against someone who is too far left for the state but who people like. I think Oz has to be careful not to hit Fetterman’s health too much or it could boomerang on him.”

Georgia: “Walker held his own the debate that was likely his biggest fear next to The Daily Beast and their classic October surprise story. Warnock has his own skeletons in the closet that have yet to play out. This is so close that it is likely headed to a runoff and Walker is favored to win it if it goes that far.”

Nevada: “Here is a race that poses the question of whether issues like crime, immigration and inflation can rule over party loyalty, abortion and the power of the incumbency and of the unions. Laxalt, with a powerful family name and record as attorney general is close to unseating an incumbent Democrat. Likely turnout will be critical in deciding the winner with Laxalt having a very slim edge here based on the polling so far.” 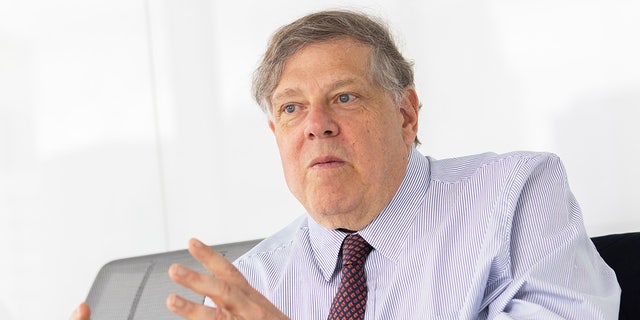 Mark Penn, a Democratic pollster and Fox News contributor, speaks during an interview in New York, on July 6, 2022.
(Jeenah Moon/Bloomberg via Getty Images)

Wisconsin: “Johnson appears to have taken control of this race. Attack ads against Barnes on the issue of crime seem to be resonating, and Johnson has been successful in painting Barnes as too left-wing for the state.”

Pennsylvania: “Crime has also hurt Fetterman in this race recently, as has the issue of transparency about his health, which has tightened this race down the stretch. Fetterman will have the benefit of a strong Dem gubernatorial candidate at the top of the ticket, but Pennsylvania has been among the worst states in terms of polling inaccuracies over the last few cycles, overstating Democrats’ support by anywhere from 5-6%. If that holds true again this cycle, Oz could come out on top.”

Georgia: “Like Fetterman, Walker will have the benefit of a strong ticketmate in Brian Kemp, who is polling well ahead of Abrams. Walker also had a strong debate performance, but his personal issues have been dominating much of the coverage of this campaign. This race is going to be among the closest in the country, and very well could go to a runoff on December 5.”

Nevada: “Laxalt appears to have the upper hand in this race: like all Dem candidates, [Catherine Cortez Masto] is struggling with inflation, which is hitting middle class workers in Clark County hard. Laxalt is running as an outsider, but with the name recognition of a well established political family, [he] is running one of the better campaigns this cycle.”

DEMOCRATIC STRATEGISTS ADMIT MIDTERM MOMENTUM FADED FOR THEIR PARTY: ‘I’M WISHING THE ELECTION WERE IN AUGUST’

“In previous cycles, publicly released polls have grossly underestimated the ballot strength of Republican candidates, particularly in Wisconsin and Pennsylvania. Polls confidently predicted decisive victories in those states for Hillary Clinton in 2016 and Joe Biden in 2020. That outrageous trend may continue into 2022, where the Democrats have nominated some of the most radical candidates in recent memory, John Fetterman in Pennsylvania, Mandela Barnes in Wisconsin, and Raphael Warnock in Georgia. Each of them has called for the release of prisoners, for defunding the police, for higher taxes and energy dependence, abortion without exception, a wide open southern border, and oppose options and choices for kids in failing schools. Their eyebrow-raising statements and policy positions place them way outside the mainstream of voters in those swing states.”

“Warnock is an incumbent, as is Catherine Cortez Masto, who is losing in some polls to Republican challenger Adam Laxalt in Nevada. Both Warnock and Cortez Mastro are vulnerable to the extent they vote with Joe Biden nearly all of the time. This means they own and eat an economy that has lost trillions of dollars in personal wealth, roughly 25% of American’s retirement savings, rising costs and rising crime and trillions in wasteful government spending. Their political fortunes are tied in part to how much voters hold them accountable for the one-party rule in Washington that has unraveled policies that were working and enacted polices that do not.” 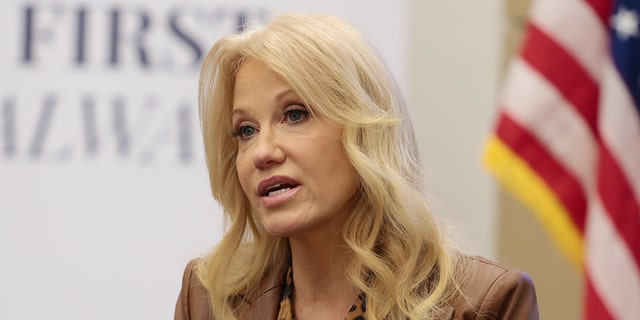 Fox News Power Rankings has listed the Georgia and Nevada Senate races as a “toss up” between the Republican and Democratic candidates, while the Wisconsin Senate race is currently rated Lean Republican.