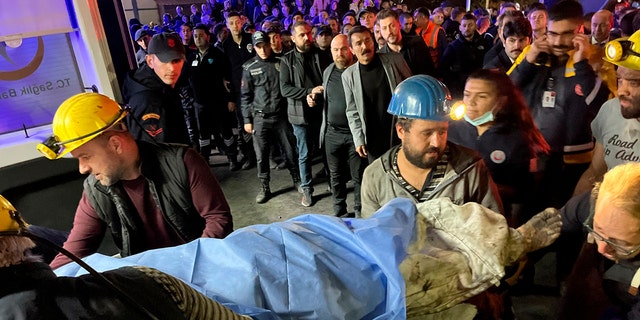 ANKARA, Turkey — An explosion inside a coal mine in northern Turkey killed at least 25 people, local officials announced, while rescuers working through the night were trying to bring dozens of others trapped to the surface.

The explosion occurred 6:45 p.m. at the state-owned TTK Amasra Muessese Mudurlugu mine in the town of Amasra, in the Black Sea coastal province of Bartin.

Miners carry the body of a victim in Amasra, in the Black Sea coastal province of Bartin, Turkey, Friday, Oct. 14, 2022.
(Nilay Meryem Comlek/Depo Photos via AP)

There were 110 people in the mine at the time of the explosion, Interior Minister Suleyman Soylu, who traveled to Amasra to coordinate the rescue operation, told reporters. Most of the workers were able to evacuate following the blast, but 49 were trapped in a higher risk area of the facility, the minister said.

Soylu would not provide a number for those still trapped, saying some among the 49 had been lifted to safety.

“We are faced with a picture that we truly regret, that we regret to have to share (with the public),” Soylu said. 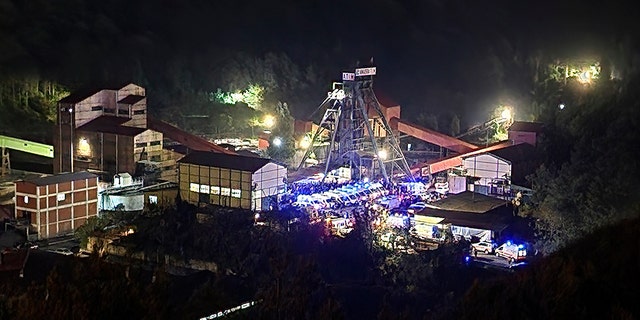 A view of the entrance of the mine in Amasra, in the Black Sea coastal province of Bartin, Turkey, Friday, Oct. 14, 2022.
(IHA via AP)

The Bartin governor’s office said 25 were killed in the blast. Health Minister Fahrettin Koca reported at least 17 injured, including eight who were being treated in intensive care units.

President Recep Tayyip Erdogan announced he was canceling a planned visit to the southeastern city of Diyarbakir and would travel to Amasra instead to coordinate the rescue operation. He said three prosecutors had been assigned to investigate the incident.

“Our hope is that the loss of life does not increase further, that our miners are saved,” Erdogan said in a statement. “All our efforts are geared in that direction.” 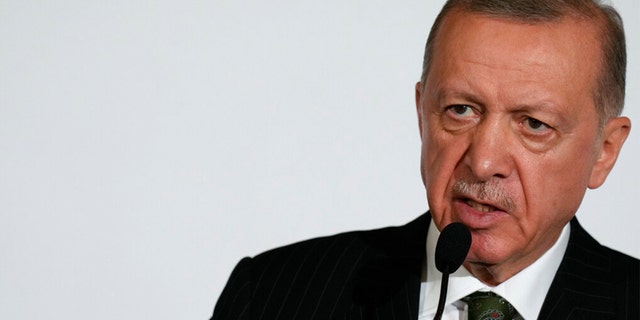 The private DHA news agency quoted one worker as telling Bartin Gov. Nurtac Arslan that he came out of the mine by his own means. He described feeling a “pressure” but said he could not see anything due to the dust and dirt.

People rushed to the mine for news of trapped friends or colleagues, DHA reported.

In Turkey’s worst mine disaster, a total of 301 people died in 2014 in a fire inside a coal mine in the town of Soma, in western Turkey.

Previous Royal Mail plans up to 10,000 job cuts
Next Paul Ryan predicts Trump will not be 2024 Republican nominee