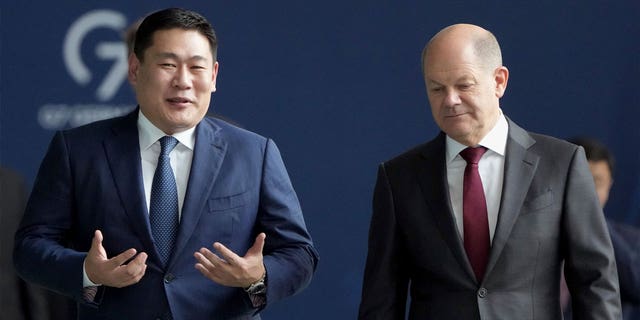 German chancellor hopes to get key raw materials from Mongolia

German Chancellor Olaf Scholz said Friday that his country wants to strengthen ties to Mongolia, citing the country’s wealth of key commodities such as copper and rare earth metals.

Speaking after a meeting in Berlin with Mongolian Prime Minister Luvsannamsrain Oyun-Erdene, he said the two leaders had agreed to “deepen and also expand cooperation between our two countries.”

Scholz said combating climate change and transforming the energy sectors would be the focus of a meeting in Mongolia next year, adding that the country has “enormous potential when it comes to wind and solar power.”

Germany, meanwhile, is keen to strike deals to import more commodities from the landlocked Asian nation to reduce its reliance on countries such as Russia and China.

“Mongolia will become an important partner for many raw materials in our diversification strategy,” said Scholz, adding that concrete projects now need to be identified and legal certainty for investments ensured.