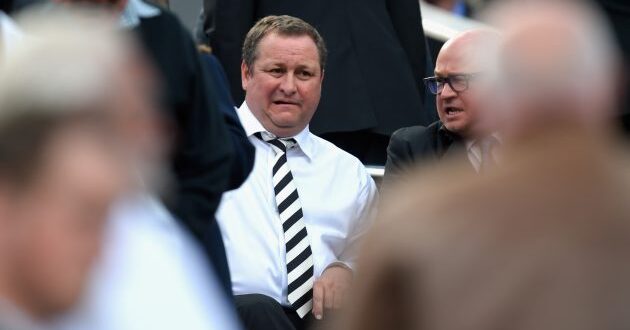 Reports of talks held between billionaire Mike Ashley and Wasps

A consortium fronted by former Wasps chief executive David Armstrong is the front-runner according to reports, however

Wasps filed a second notice of intention to appoint administrators last week to buy time to talk with potential investors, however Sports Direct boss Ashley has not made a formal offer and is not believed to be the favourite bidder – former Wasps chief executive David Armstrong is reportedly working with investment firm Terminum Capital on buying the club and the Coventry Building Society Arena. It has also been reported that the consortium would “accept relegation” if Wasps went into administration, provided they could retain their P Share.

Related: What are P shares in Premiership rugby?

According to the Mail, Ashley had signed an agreement with Wasps to refinance more than £35m of their debt owed to bondholders, however a full takeover was not on the cards. Ashley is still reported to be interested in buying the club.

Ashley ended his tenure as Newcastle United’s owner in 2021 when he sold the club for £300 million, doing a deal with PCP Capital Partners, RB Sports & Media, and the Public Investment Fund of Saudi Arabia.

The clock is ticking ahead of a Friday deadline and the fate of Wasps has been a big talking point in recent days, particularly after Worcester Warriors were relegated from the Premiership.

On Sunday Wasps director and club legend Lawrence Dallaglio suggested on BT Sport that the Rugby Football Union will have “some decisions to make” if they really wanted to treat a club with Wasps’ prestige the same as Worcester, should they go into administration.