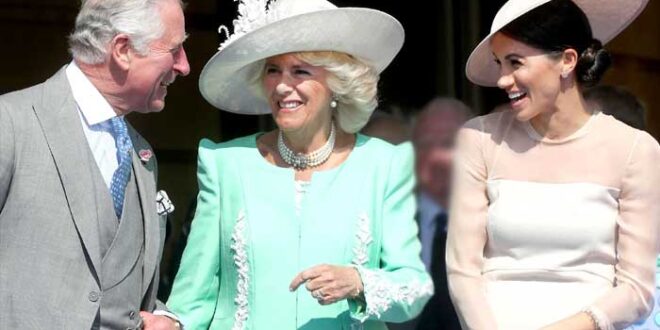 Meghan Markle surprised King Charles III with her unexpected response to his offering to walk her down the aisle, a book has claimed.

Robert Hardman, royal author, in his book “Queen of Our Times: The Life of Elizabeth II”, has given insight into what happened, including Meghan’s response to Charles’s kind gesture which left the King somewhat taken aback.

Prince Harry’s father had told the Duchess he would be glad to escort her, but the Meghan had surprised him by asking him: “meet me halfway down”. Mr Hardman said she wanted to make her big entrance alone.

The former Suits star released a statement in the days before the wedding, confirming her father Thomas Markle would not be attending the ceremony. It was thought he had undergone heart surgery.

The biographer penned: “Feeling for his future daughter-in-law, the Prince of Wales offered to step in, saying he would be honoured to escort Meghan up the aisle of St George’s Chapel to the altar. The reply, according to one friend, was not quite what he was expecting: ‘Can we meet halfway?’ Here was an indicator that this was no blushing bride, but a confident, independent woman determined to make a grand entrance on her own.”

However, Charles, according to some, had understood what she’s going to do with his family. According to Hardman’s book, the response Charles received when he offered to do the honours was “not quite what he was expecting”.