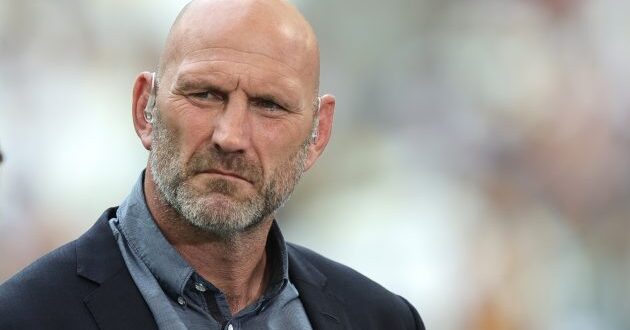 Wasps director and club legend Lawrence Dallaglio suggested on BT Sport on Sunday that the Rugby Football Union will have “some decisions to make” if they really wanted to treat a club with Wasps’ prestige the same as Worcester Warriors, should they go into administration. And some fans are not taking it lying down.

The former England captain was talking before the Wasps-Northampton Saints match that afternoon, as the club head into a critical week – Wasps have until Friday to acquire fresh investment and avoid going into administration. Last week Worcester Warriors were relegated from the Premiership officially, following their own administration.

Answering a question from host Martin Bayfield, Dallaglio said: “The RFU, they’ll say that any club that’s in administration has to go the same way as Worcester but the reality is, do you want to lose one of the biggest brands in club rugby, in world rugby and one of the brands that’s been one of the most successful sides in the Premiership?

“Let’s hope it doesn’t come to that. It’s worrying times for all rugby fans. Each club is very different. I can’t really comment on Worcester and the reasons why the RFU have decided to suspend them and push them towards the Championship. They can, of course, appeal that. Many of their players are now finding employment elsewhere.”

On 4 October, Wasps Holdings Limited filed a second notice to appoint administrators, meaning they had ten days. The club have been in consultation with HMRC  over an unpaid tax bill, since August and must also repay some of the £35m in bonds they used to help finance the move from London to Coventry in 2014.

At the beginning of his comments on BT Sport Rugby Tonight, Dallaglio also said: “Wasps is a rugby club, but it is involved in five other businesses at the Coventry stadium. It’s pretty obvious that for the last three years all those businesses have been massively affected by Covid. As a result Wasps are in the situation they are.

“Everyone is working around the club to find the right solution for Wasps. Hopefully that will be a solvent solution, and not one where they are forced into administration. Then the RFU will have some decisions to make.”

It didn’t go down amazingly well with some sections of social media. Check out these Tweets, below.

What did you make of Dallaglio’s comments? Let us know via [email protected] or on our social channels.