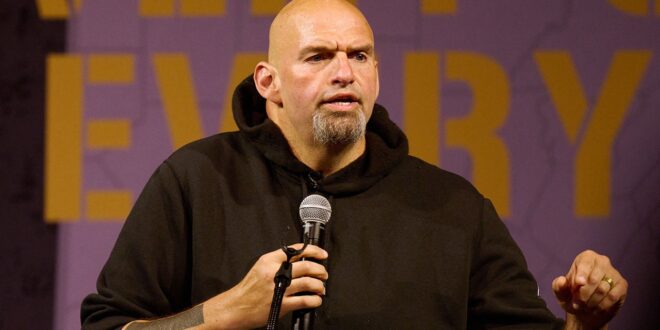 Fetterman’s string of misfires after stroke fuel questions about fitness: ‘Kicking balls in the authority’

A string of miscues from Pennsylvania Lieutenant Governor John Fetterman on the Senate campaign trail is fueling questions about his fitness for office.

Fetterman suffered a stroke in May, and his gradual return to the campaign trail has been marred by verbal stumbles and miscues.

“The [Philadelphia] Eagles are so much better than the Eagles!” Fetterman told a Philadelphia crowd late last month.

“I’m doing fantastic, and it’s not about kicking balls in the authority or anything,” Fetterman recently told MSNBC host Chris Hayes. (Fetterman mixed up the phrase “kicking authority in the balls,” which is how Republican candidate Dr. Mehmet Oz had described Fetterman.)

“And make sure you take advantage of this amazing opportunity to, the only thing you have… stand… to lose is your record,” Fetterman said in a prerecorded video to supporters last month.

Fetterman’s stumbles are providing Republicans with plenty of ammunition to raise questions about his fitness for office.

John Fetterman, lieutenant governor of Pennsylvania and Democratic senate candidate, has faced questions about his fitness for office after returning to the campaign trail.
(Michelle Gustafson/Bloomberg via Getty Images)

Fetterman about his stroke recovery at a Pittsburgh rally earlier this month while taking aim at Oz.

“As you know, I had a stroke,” Fetterman told the crowd. “Oh and I’m so grateful to be here today now after surviving that better and better, you know?”

“You know, the only lingering issue that I have after that stroke is sometimes auditory processing, sometimes. And, every now and then, I might miss a word or, sometimes, you know, I might mush two words together,” Fetterman said before bringing up a video of Oz that his campaign has mocked all summer.

FETTERMAN ADDRESSES STROKE, TARGETS DR. OZ AT PITTSBURGH RALLY: ‘EVERY NOW AND THEN I MIGHT MISS A WORD’

Fetterman has taken criticism for not being open about his health since his May stroke, which occurred days before he handily won the Democratic nomination for Senate. Oz and others have raised questions about whether the 52-year-old former mayor of Braddock, Pennsylvania, is up to the task of serving in the Senate.

Brittany Yanick, communications director for Oz, who is closing the gap on Fetterman in the highly-watched toss-up race, told Fox News Digital that “on KDKA radio, John Fetterman swore up and down he’s not on the heart transplant list.”

“If he’s willing to tell a journalist that he doesn’t need a heart transplant on the record, what is the big deal about making his medical records public to back that up?” Yanick said. “Fetterman already hid the fact that he had atrial fibrillation when he ran for Lieutenant Governor and throughout the Democratic primary for Senate, so how can we take him at his word now?”

“The Pittsburgh Post-Gazette called on both candidates to release their medical records weeks ago. Oz released his. Why hasn’t Fetterman?” she continued. “It’s bizarre and strange he hasn’t done it yet. What is John Fetterman hiding?” 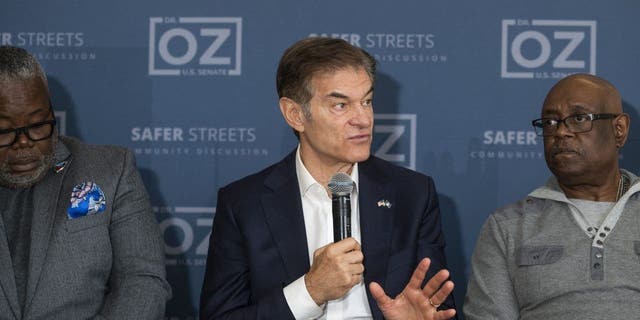 “As we’ve said over and over again, John is healthy and he also still has a lingering auditory processing issue that his doctors expect will go away,” Fetterman campaign spokesperson Joe Calvello told Fox News Digital in a statement.

“John has already released a letter from his cardiologist, put out a candid letter directly from himself about his stroke, and talked about his health openly with local and national media,” Calvello continued.

“Unfortunately for Dr. Oz and the pathetic Republicans who are desperately rooting against his recovery, John is getting better every day and he is going to win this race to be Pennsylvania’s next Senator,” he added.

Fetterman’s health will continue to be a central theme of the race going into November, and even the White House growing nervous about the topic, the Associated Press reported.

The Pennsylvania Democrat is still up in the polls against his Republican opponent, but with the Keystone State’s purple hue, it’s anyone’s ballgame.