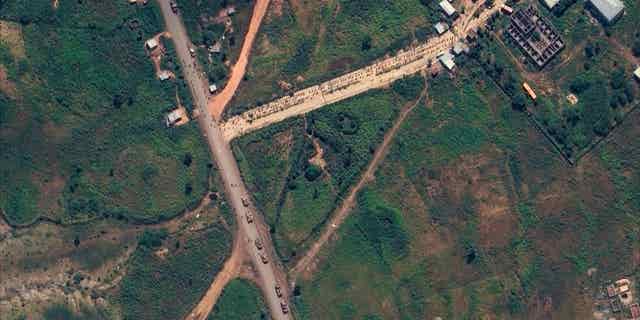 Ethiopia’s Tigray rebels say Eritrea has extended its offensive into their region, as diplomats scramble to convene peace talks to resolve the almost two-year-long conflict.

In a statement Monday, the Tigray forces said that Eritrea’s military has launched an “extensive offensive” in the direction of Rama, Zalambessa and Tserona towns in northeastern Tigray. They called on Tigray’s population to “further intensify their campaign of self-defense.”

Communications to the areas affected by the fighting are down. The Associated Press was unable to verify the Tigray forces’ claims.

Hostilities between the Tigray forces and Ethiopia’s federal government renewed in late August, breaking a fragile truce in place since March.

“We are witnessing the heaviest fighting since the war restarted (on August 24),” a humanitarian worker based in Tigray’s Rama town told the AP by Telegram. “Many civilians were killed, and major buildings and infrastructure destroyed, mainly by heavy weapons fired from the Eritrean side.” They spoke anonymously, citing safety fears.

Ethiopian officials have not yet commented on the latest fighting. But Ethiopian President Sahle-Work Zewde told lawmakers Monday that the government is committed to ending the war and negotiating without any preconditions. “But any provocations will be met with the necessary measures,” she added.

This aerial shot allegedly shows unidentified military forces mobilized in the town of Sheraro, in the Tigray region of northern Ethiopia, on Sept. 26, 2022.
(Maxar Technologies via AP)

The fresh fighting has halted aid deliveries to Tigray, where 5 million people need humanitarian assistance. It has also seen Eritrea renew its involvement in the Tigray war, which first broke out in November 2020.

Last month, the Tigray rebels claimed that Eritrea had sent troops across Tigray’s northern border. At the time, Mike Hammer, the U.S. special envoy for the Horn of Africa, said Washington was aware of Eritrean troop movements into Tigray and described them as “concerning.”

A diplomat in Addis Ababa, the Ethiopian capital, told the AP that an estimated 100,000 Eritrean troops, including around 10 mechanized divisions, are involved in the current fighting. Satellite imagery last month showed an extensive military buildup inside Eritrea, near the border with Tigray.

Both the Tigray rebels and Ethiopia’s federal government said last week they were ready to participate in African Union-brokered peace talks amid reports of heavy clashes in Tigray.

According to the AU, the talks were due to start in South Africa on Oct. 8. But they were delayed while logistical issues and security arrangements are being ironed out.

Millions of people in northern Ethiopia, including the neighboring regions of Amhara and Afar, have been uprooted from their homes and tens of thousands of people are believed to have been killed since the conflict broke out.