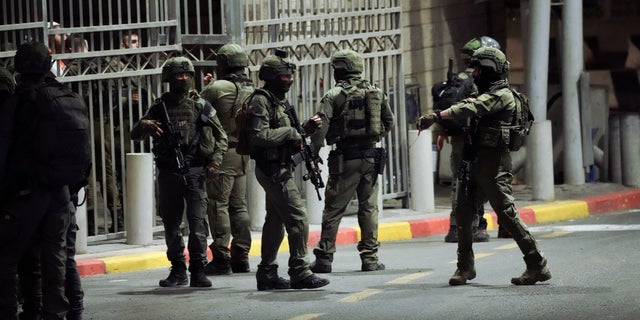 Israeli authorities have arrested at least three Palestinians in connection to a deadly attack on an Israeli military checkpoint Saturday evening.

Israeli police are still conducting a manhunt for the suspected gunman in Saturday’s attack, which killed an 18-year-old female soldier and left three others wounded. Israeli Defense Forces have identified the deceased soldier as Noa Lazar.

“Our hearts tonight are with the wounded and their families,” said Prime Minister Yair Lapid. “Terrorism will not defeat us. We are also strong on this difficult evening.”

“We will not be silent, and we will not rest until we bring the abominable killers to justice,” he added. 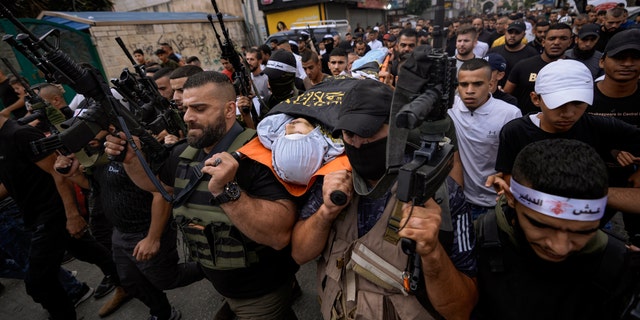 Armed Palestinians carry the body of Mahmoud Al-Sous, covered with a flag of the Islamic Jihad militant group during his funeral in the West Bank town of Jenin, Saturday, Oct. 8, 2022. Israeli soldiers shot and killed two Palestinians on Saturday in an exchange of fire that erupted during a military raid in the West Bank. (AP Photo/ Majdi Mohammed)

Tensions have risen in Israel and the West Bank in the days since the end of the Jewish Yom Kippur holiday. Four Palestinian teenagers have been killed in Israeli operations in the West Bank since Friday.

Two of the teenagers were killed during an exchange of fire with Israeli forces earlier Saturday. IDF soldiers reportedly surrounded a house in the West Bank in an effort to capture a member of the Islamic Jihad militant group. The Palestinian Health Ministry identified the dead as Mahmoud al-Sous, 18, and Ahmad Daraghmeh, 16. 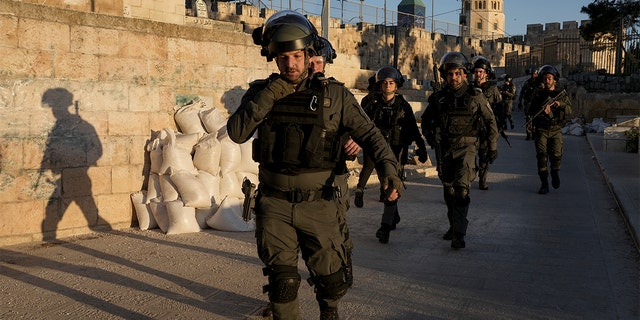 Israel has occupied the Gaza Strip and the West Bank since 1967.

Previous 2024 Watch: Hogan touts he’s a ‘commonsense conservative’ as he opens up about potential presidential run
Next Christian leaders object to VP Harris’ claim they don’t have to ‘abandon’ faith to support abortion