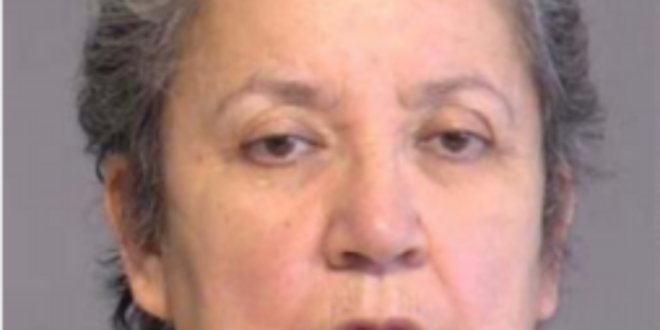 The lawyer for an Arizona woman who pled guilty to ballot abuse is asking a judge for leniency in sentencing her.

Guillermina Fuentes, 66, pled guilty to one count of ballot abuse on June 2 and admitted to collecting four early voting ballots during the 2020 election and then giving them to Alma Juarez, who dropped them off at a polling place.

Juarez also pled guilty to ballot abuse, but entered an agreement with prosecutors in exchange for probation.

Prosecutors in the case are asking Yuma County Superior Court Judge Roger Nelson to hand Fuentes a sentence of one year, but her lawyers argue that any time in prison would be a miscarriage of justice.

AHEAD OF ARIZONA AND NEVADA RALLIES, TRUMP SUPER PAC LAUNCHES ADS IN EACH STATE TYING DEMOCRATS TO BIDEN

Guillermina Fuentes, 66, pleaded guilty to one count of ballot abuse and admitted to collecting four early voting ballots during the 2020 election and then giving them to Alma Juarez, who dropped them off at a polling place.
(Arizona Attorney General’s Office)

“She entered a plea of guilty to ballot abuse — that is, delivering four lawfully voted, signature-verified ballots,” Anne Chapman, Fuentes’ lawyer said. “The rest of the allegations against Ms. Fuentes are untrue, unfounded, untested and largely made-up by election-denying political opponents who have a political ax to grind.”

Fuentes was formerly the San Luis mayor and is a member of a school board.

Several people who testified in court on Thursday said that any time in prison for Fuentes wouldn’t make sense, and it would harm the community.

Defense mitigation expert Sherri Castillo said that she interviewed people in Fuentes’ community, as well as Fuentes, and said that she’s extremely involved and volunteers regularly.

“She puts me to shame, I can tell you that,” Castillo said. “I’ve never come across someone who gives back more to the community than Ms. Fuentes does.”

Luis Marquez, a retired police officer, said that “I think that in our community a lot of us look up to her.”

Assistant Attorney General Todd Lawson said that Fuentes and Juarez both were seen on video, taken by a political rival, outside a voting center, examining four ballots. 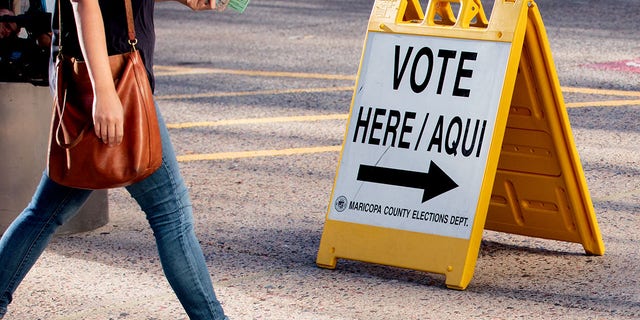 A resident walks past a “Vote Here” sign outside a polling location at the Burton Barr Central Library in Phoenix, Arizona, U.S.
(Caitlin O’Hara/Bloomberg via Getty Images)

“The question is, why does (Fuentes) feel the need to exert pressure over people in her community and control the flow of their ballot to the ballot box,” Lawson told Nelson. “That’s the issue of public integrity here.”

Initially, Fuentes was charged with conspiracy and forgery after alleging that Fuentes was running an operation to gather and fill out ballots, and used her local Democratic politics status to do it.

According to the Associated Press, this is the first time that people have been prosecuted under the 2016 Arizona law that bans ballot harvesting, which was challenged in a lawsuit, brought to the Supreme Court and upheld. 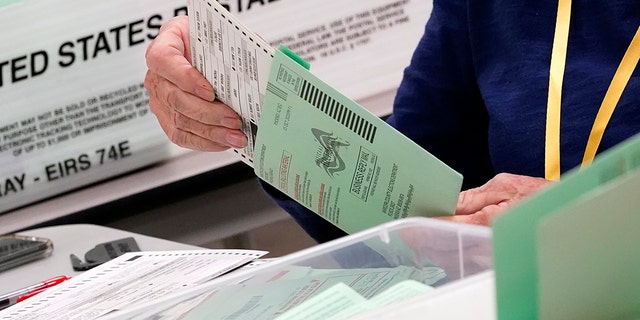 Those charges were dropped and Fuentes pled guilty to a charge of ballot abuse.

The court assistant for Nelson told attorneys earlier that he intends “to give them 30 days in jail.”