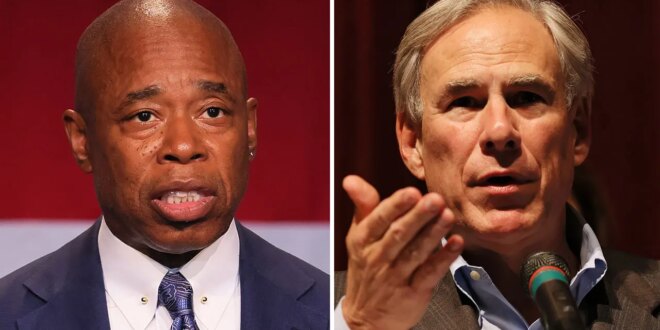 New York City Mayor Eric Adams, when pressed on plans to build an emergency shelter for asylum seekers in the sanctuary city, suggested in an on-air interview Wednesday that Republican Texas Gov. Greg Abbott is trying to undermine cities with Black mayors by busing migrants to the Big Apple, Washington, D.C., and Chicago.

“This is a national problem, it needs a national response. And that is why we call on Washington to respond to this on a national level,” Adams said. “This differs from the everyday shelter system. This is a migrant crisis, and we must focus on that. Everyone that comes to this city — we are going to ensure that we fulfill our obligation of getting them housing. But this is a migrant humanitarian crisis that we are facing.”

“I guess it’s interesting because ultimately, while it is, it’s certainly a crisis and definitely a problem,” Louis said during the interview Wednesday. “If they’re going to keep sending people here from the Texas border by the thousands week after week, at some point, it becomes the norm, right?” 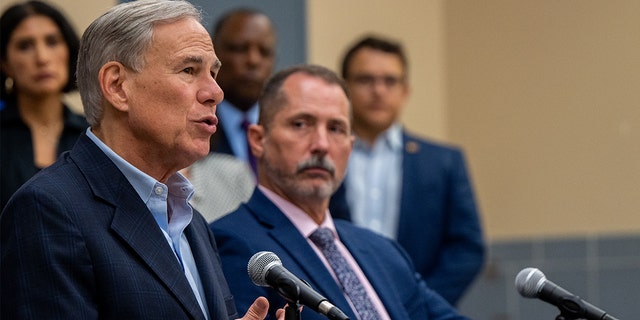 Texas Gov. Greg Abbott speaks on September 13, 2022, in Houston, Texas, alongside President of the Houston Police Officers’ Union Douglas Griffith at a ‘Back The Blue’ press conference.
(Brandon Bell/Getty Images)

“Yes. So true,” Adams responded. “And that was the fear that we had in the beginning when it first started with Governor Abbott that we knew that, unfortunately, that some people were going to use it as a playbook to send buses to both New York, Washington and to Chicago. Keep in mind, these are three cities where we have Black mayors.”

“This is undermining our economy and is undermining our attempt to recover in our cities — that we’re already dealing with crises from COVID to monkeypox to crime to housing,” he continued. “And I think it’s something that we need to be very clear on. These three cities were targeted, and I have a conversation this afternoon with the mayors of the other two cities.” 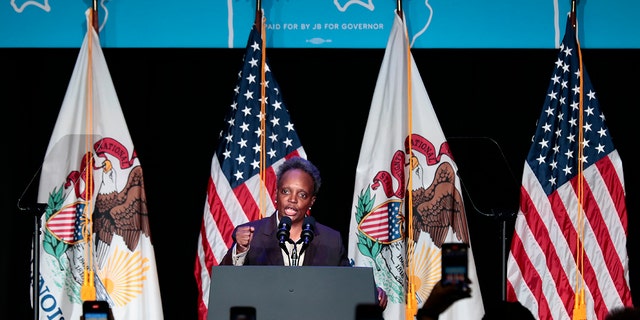 Chicago Mayor Lori Lightfoot during an event with J.B. Pritzker, governor of Illinois, at the University of Illinois in Chicago on Friday, Sept. 16, 2022.
(Mustafa Hussain/Sipa/Bloomberg via Getty Images)

The host asked directly, “You think these cities are being targeted, including New York, because they have Black mayors?”

“Well, I don’t know if it’s Black mayors or if it’s just going to northern cities, but something is wrong,” Adams said. “I mean, we have thousands of cities in this country. Why are we specifically targeting Washington, Chicago, and New York? There’s something wrong with that and I believe there needs to be a national response to give the assistance to these three important cities in our country.” 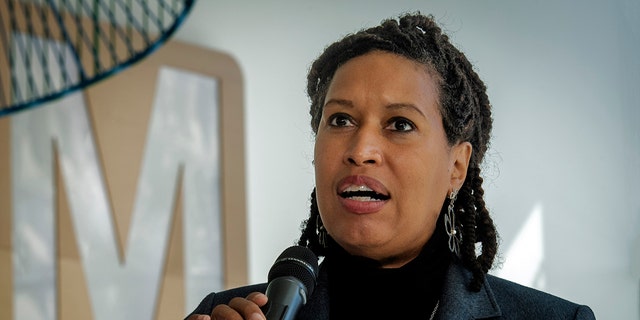 DC Mayor Muriel Bowser makes remarks as she and other dignitaries celebrate the opening of the new Metro headquarters building in Washington.
(Bill O’Leary/The Washington Post via Getty Images)

Fox News Digital reached out to Abbott’s office for comment on Thursday.