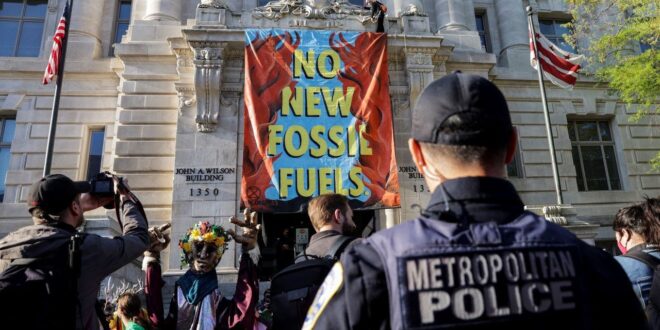 House and Senate Democrats proposed legislation this week that would establish a more robust environmental justice office and a new section focused on tackling environmental crimes within the Department of Justice.

The Biden administration defines “environmental justice” as the “fair treatment and meaningful involvement of all people regardless of race, color, national origin, or income with respect to the development of environmental laws, regulations and policies.”

An environmental activist with the group Extinction Rebellion D.C. scales the Wilson Building as part of an Earth Day rally against fossil fuels on April 22, 2022, in Washington, D.C.
(Photo by Kevin Dietsch/Getty Images)

“A whole of government approach to environmental justice must include enforcement by the Department of Justice that prioritizes the right of all communities to clean air and clean water,” Barragán said. 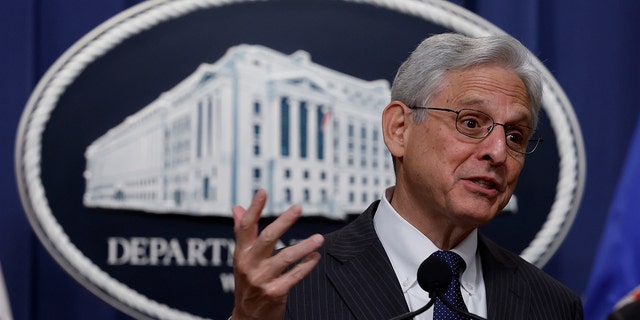 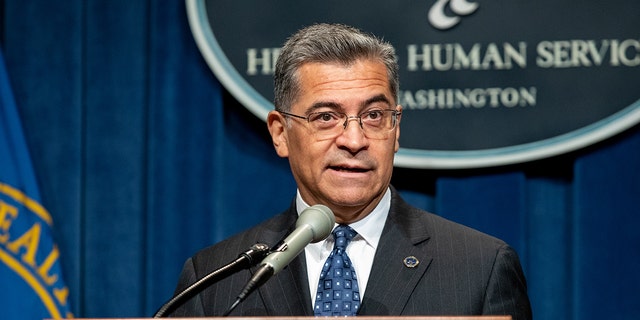 Xavier Becerra, secretary of Health and Human Services, already has an office in place to fight for environmental justice.
(Photographer: Amanda Andrade-Rhoades/Bloomberg via Getty Images)

Those department-level efforts are driven by President Biden, who has pushed to involve several federal agencies in the effort to ensure that “the voices, perspectives, and lived experiences of environmental justice communities are heard in the White House and reflected in the priorities, policies, investments, and decision-making of the Federal Government.”