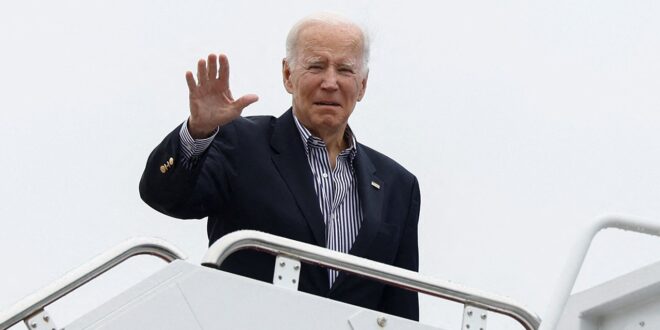 President Joe Biden used part of his remarks in Florida on Wednesday to blame Hurricane Ian, a recent Category 4 storm, on human-caused climate change despite recent pushback from experts.

“We’re in a situation where the Colorado River looks more like a stream,” Biden said during a speech in Fort Myers, Florida, on Wednesday afternoon. “There’s a lot going on, and I think the one thing this has finally ended is a discussion about whether or not there’s climate change, and we should do something about it.”

As the storm struck Florida, though, several Democrats, left-wing commentators and media outlets claimed its existence and intensity was a result of carbon emissions and global warming. Sen. Amy Klobuchar, D-Minn., even appeared to suggest that voting for Democrats would help avoid future hurricanes.

However, experts, including the Biden administration’s top hurricane expert, have since pushed back against such claims, saying there wasn’t enough evidence to tie the storm to climate change.

“We can come back and talk about climate change at a later time. I want to focus on the here and now. We think the rapid intensification is probably almost done,” Jamie Rhome, the acting director of National Oceanic and Atmospheric Administration’s (NOAA) National Hurricane Center, told CNN in an interview on Sept. 27.

After CNN anchor Don Lemon reiterated a question about the hurricane being linked to climate change, Rhome again pushed back.

A recent NOAA study similarly concluded that it was “premature to conclude with high confidence” that human-caused increasing greenhouse gases have had any impact on hurricane activity in the Atlantic.

“Trying to blame global warming for Hurricane Ian not only defies scientific evidence — the clear weight of scientific evidence — but it is a despicable politicization of a real tragedy that requires our attention and focus on the people negatively affected,” said James Taylor, the president of conservative think tank Heartland Institute.

“These types of hurricanes existed before SUVs and coal-fired power plants were invented. In fact, they were much more frequent and severe before coal power plants and SUVs.”