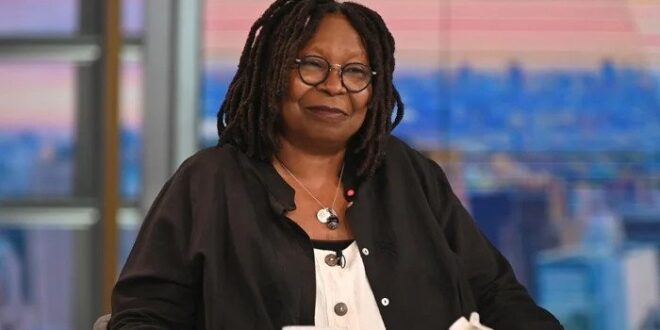 Whoopi Goldberg has hit back at her critic who falsely accused her of wearing a fat suit in the upcoming Emmett Till biopic.

The 66-year-old actress addressed the controversy live Monday morning on The View as she set the record straight as she did not wear anything to make her body look bigger in Till.

Kyndall Cunningham had originally written that the star donned a ‘distracting fat suit’ in the review published by The Daily Beast on Friday.

Whoopi used her platform to call the writer out as she said: ‘A lady who writes for one of the magazines and she was distracted by my fat suit in her review.

‘I’m just going to say this, I don’t really care how you felt about the movie, but you should know that was not a fat suit — that was me.’

She continued by saying: ‘I assume you don’t watch the show, or you would know that was not a fat suit.’