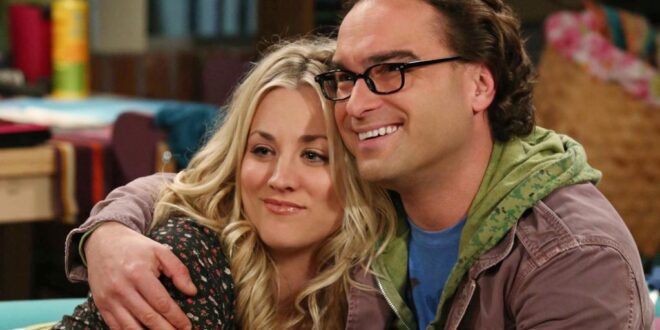 They went out with a bang.

Kaley Cuoco and Johnny Galecki thought “The Big Bang Theory” creator Chuck Lorre was “f—king” with them after their break up.

Cuoco, 36, and Galecki, 47, dated from 2008 to 2010, and their characters on the show were also dating. When the two split, the show writers already had a plan for Penny and Leonard’s on-screen split as well.

For many couples, a split doesn’t necessarily stop hook ups or the occasional getting back together — which is what started happening with Cuoco and Galecki’s on-screen characters after the end of their real-life relationship.

“All of a sudden, we started noticing there were extra makeout scenes for our characters, and/or sex scenes,” Cuoco told Vanity Fair while doing press for Jessica Radloff’s new book “The Big Bang Theory: The Definitive, Inside Story.”

“I was like, ‘I think Chuck is f—king with us!’ We were convinced. Convinced! Like, ‘Yeah, they want to date and break up on my show, well, here you go!’ and he was writing all the little doodads in there.”

“Even though it was organic for the characters, I think he would f—k with us,” Galecki added. “If it was an accident, it was a very timely accident.”

But Lorre denied ever messing with them.

“No. Not at all. Making a good show has no room for f–king with anybody,” the 69-year-old creator chimed in. “There’s no ‘Let’s mess with Kaley and Johnny.’ The goal was to make a great show and make every minute of every episode count. And that was the only goal.”

“We don’t have that kind of freedom to risk a TV series that you put your heart and soul into to mess with somebody’s head. No. But I think that’s charming that they think we had the mental capacity to mess with them,” he said, laughing.

Lorre added that even though Penny and Leonard split, their relationship was still important to the viewers and to viewership.

“Penny and Leonard having difficulty sustaining a relationship was one of the reasons to keep watching—to see if they could make it. You were rooting for them to find happiness,” he said.

Once Galecki heard Leonard’s dismissal of his and Cuoco’s assumptions, he couldn’t help but laugh.

“I guess that was pretty egotistical of us to think that,” Galecki admitted. “We were reading into things a little too much. I’m going to sleep a little easier tonight.”

“You are right, that’s so self-involved of us,” Cuoco added. “But I am glad we know now because Johnny and I have joked about that for a long time. He’s right, though—he was too busy to f—k with us! I’m glad we don’t have to bring that up anymore.”