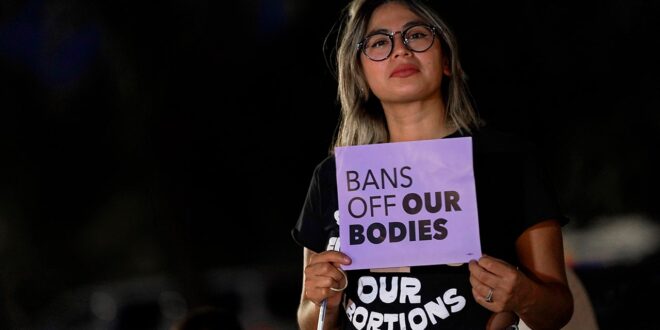 An Arizona judge rejected a plea from Planned Parenthood on Friday to suspend a previous rule that halts all abortions in the state.

Last Friday, Pima County Superior Court Judge Kellie Johnson announced a decision to allow enforcement of a pre-statehood law that makes it a crime to perform an abortion. This Friday, she rejected the appeal to suspend that ruling.

In her decision, Johnson said abortion rights groups are not likely to prevail in appealing her initial decision so the abortion ban should remain enforceable.

Both rulings specifically prevent the state’s abortion providers from performing abortion procedures after the U.S. Supreme Court’s June 24 decision to overturn Roe v. Wade, which determined that a woman had a constitutional right to abortion.

Celina Washburn protests outside the Arizona Capitol to voice her dissent with an abortion ruling, Friday, Sept. 23, 2022, in Phoenix.
(AP Photo/Matt York, File)

PLANNED PARENTHOOD DOCTOR TELLS CONGRESS MEN CAN GET PREGNANT: ‘THIS IS MEDICINE’

Following the June decision, legal battles sparked across the country, including the Pima County feud, over the legality of abortion.

On Sept. 23, Johnson ruled that a 1973 injunction must be lifted so that the Civil War-era law criminalizing abortion could be enforced.

Planned Parenthood and its Arizona affiliate urged Johnson on Monday to suspend her ruling — citing the injunction’s 50 years in effect as precedence — as they seek an appeal to a state abortion ban. 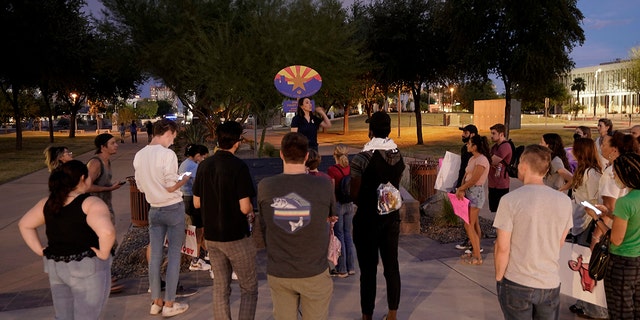 Protesters gather outside the Capitol to voice their dissent with an abortion ruling, Friday, Sept. 23, 2022, in Phoenix.
(AP Photo/Matt York, File)

On Saturday, a law enacted by the state Legislature last spring banning abortion at 15 weeks took effect. The law was signed by Gov. Doug Ducey.

Brittany Fonteno, Planned Parenthood of Arizona President and CEO, said she was “outraged” by the ruling.

“It is impermissible that Arizonans are waking up each morning to their elected officials making conflicting statements about which laws are in effect or claiming that they do not know, and yet the court has refused to provide any clarity or relief,” Fonteno said. 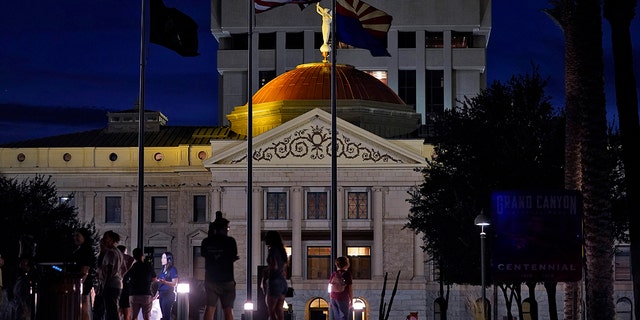 An Arizona judge ruled the state can enforce a near-total ban on abortions that has been blocked for nearly 50 years.
(AP Photo/Matt York, File)

Some clinics in Arizona have been referring patients to providers in California and New Mexico.

The Civil War-era law penalizes violators, such as doctors or anyone else who assists in abortion, with a sentence of two to five years in prison. The Legislature previously repealed a law that allowed the women who seek abortions to be penalized.

Arizona and 13 other states have banned abortions since Roe was overturned.

Previous Emily Ratajkowski Wore A Jean Jacket With Nothing Underneath In Paris – Hollywood Life
Next Arsenal: Are Mikel Arteta’s side really a lot better this season?