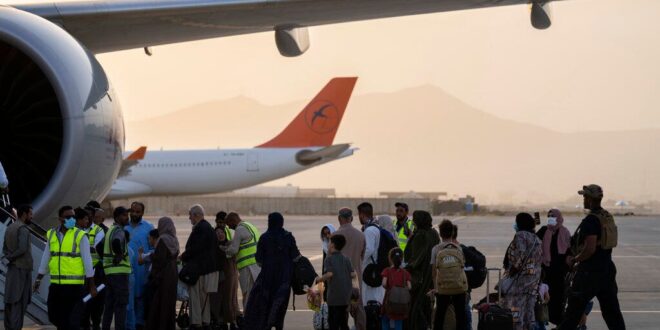 EXCLUSIVE: A man charged with a child sex crime in New Mexico is an Afghan evacuee who came to the U.S. last year through the Biden administration’s evacuation from Afghanistan, Fox News Digital has learned.

The U.S. Attorney’s Office in New Mexico announced last week that Shah Mahmood Selab had made an initial appearance in federal court on a charge of coercion and enticement of a minor, but did not identify him as an Afghan refugee.

Selab is alleged to have approached a 12-year-old boy at a park near a school in Las Cruces. He is said to have asked him personal questions, before using his cellphone to show the victim “photos and videos that were sexual in nature” and then inappropriately touching the youngster.

When the boy moved away, Selab is accused of punching him in the face multiple times. According to the complaint, the boy attempted to call 911, retreated into a restroom stall — but was followed by Selab, who then kissed the boy, put $20 into his hand and attempted to force the victim to touch him. The boy ultimately escaped when another person arrived at the restroom. If convicted, Selab faces a minimum of 10 years and up to life in prison, officials said.

Fox News Digital learned this week that Selab was paroled into the United States in November 2021. The office of Rep. Yvette Herrell, R-N.M., later confirmed to Fox that he was paroled and that law enforcement had verified that he was an Afghan national who was paroled in through Operation Allies Welcome.

“This is a terrible crime, enabled by the complete lack of vetting and transparency in the wake of Joe Biden’s Afghanistan retreat,” Herrell said in a statement to Fox News Digital. “Our government should be protecting the families of New Mexico, not importing twisted individuals who prey on children. That is why last year I pushed for thorough vetting of migrants that the Biden administration has brought to our communities, and why I continue to fight for accountability.”

In a statement to Fox News Digital on Friday, Immigration and Customs Enforcement (ICE) said Selab was paroled into the U.S. on Nov. 18, 2021 at Philadelphia International Airport. ICE has now lodged a detainer on Selab, who the agency confirmed was a 35-year-old Afghan national, after his arrest.

ICE places detainers on individuals who have been arrested on criminal charges and who ICE believes are removable under the Immigration and Nationality Act (INA). The detainer requests that local law enforcement notify ICE before an individual is released so they can be transferred to ICE custody.

“U.S. Immigration and Customs Enforcement (ICE) is committed to safe and effective enforcement of the nation’s immigration laws and continues to focus its limited resources on the cases of greatest importance to national interest and public safety,” an ICE official said in a statement.

Over 88,000 Afghan nationals have come to the U.S. through Operation Allies Welcome, which was launched last year during the U.S. withdrawal effort from Afghanistan, and that officials describe as “a whole-of-society effort to help vulnerable Afghans resettle.”

Under Operation Allies Welcome (OAW), DHS used humanitarian parole — supposed to be used on a case-by-case basis for reasons of significant public benefit or urgent humanitarian reasons — to quickly process tens of thousands of Afghans into the U.S. By doing so, the administration avoided the special immigrant visa (SIV) process and U.S. refugee admissions process, both of which can take years to complete.

DHS has repeatedly defended the vetting and screening process, even as Republicans and others have raised concerns..

“Prior to entering the United States, Afghan nationals must undergo a rigorous, multi-layered screening and vetting process that includes biometric and biographic screenings conducted by intelligence, law enforcement, and counterterrorism professionals from the Departments of Homeland Security, Defense, and State; the Federal Bureau of Investigation; the National Counterterrorism Center; and other Intelligence Community partners,” DHS said in a press release this week.

However, a report by the DHS Office of Inspector General earlier this month found that Customs and Border Protection (CBP) “did not always have critical data to properly screen, vet, or inspect the evacuees.”

“As a result, DHS may have admitted or paroled individuals into the United States who pose a risk to national security and the safety of local communities,” the report continued.

A Pentagon inspector general report in February revealed that at least 50 evacuees were brought to the U.S. whose information indicated “potentially serious security concerns” and that officials were unable to locate dozens with derogatory information.

Last month, Sen. Josh Hawley, R-Mo., revealed that a whistleblower had said that 324 individuals had entered with derogatory information. FBI Director Christopher Wray said that “there are a number of individuals through our joint-terrorism task forces that we are actively trying to investigate as a result.”

Herrell has been sounding the alarm about the vetting process and has called for more transparency since shortly after the evacuation began. In October last year, she told Fox News Digital that the effort had been “rushed” and was flawed.

“We already know there’s weakness in the vetting process and the screenings, and we want to make sure as this continues, we can make sure the American people can feel safe and secure about the entire process,” Herrell said.