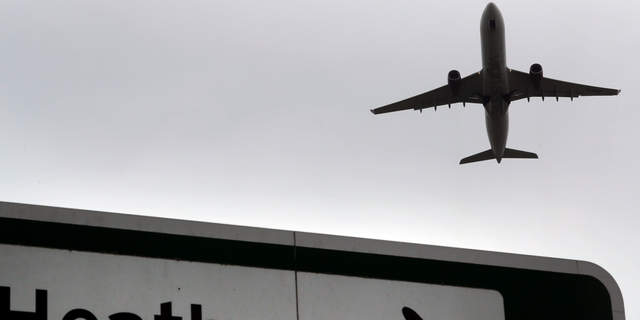 Two planes clipped each other while taxiing at Heathrow Airport in London on Wednesday night, according to reports.

Emergency services responded to what appeared to be a Korean Air and Icelandair collision. The two planes avoided a “full-on collision,” the airport told the Daily Star.

Two planes were involved in a minor collision at Heathrow Airport in London when they scraped each other while taxiing on Wednesday night, according to reports.
(AP Photo/Kirsty Wigglesworth, file)

Fox News reached out to Heathrow Airport for comment but did not receive a response.

A spokesperson told The Telegraph that emergency services responded to the accident, but there were no injuries reported.