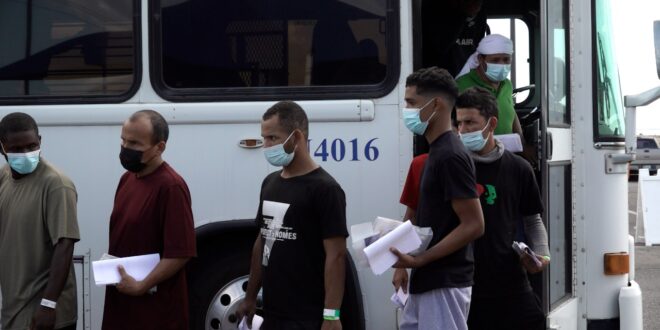 Former President Clinton says “there is a limit” to how many migrants the U.S. can accept before it causes disruption. He also criticized moves by GOP governors to transport migrants into the interior as a “stunt.”

Clinton spoke on a CNN podcast and was asked by host Fareed Zakaria about “economic migrants” who are “gaming” the asylum system.

“There is a limit to how many migrants any society can take without severe disruption and assistance, and our system is based much more on an assumption that things would be more normal,” the former president said.

There have been more than 2.1 million migrant encounters this fiscal year alone as a historic border crisis continues to ravage the southern border, prompting Republican governors to bus and fly migrants deeper into the interior to “sanctuary” jurisdictions. There were more than 200,000 migrant encounters in August alone.

Clinton said that when he was a boy and a young man, Mexican migrants would move back and forth across the border to work in agriculture “and it worked for people.” But he conceded that the situation was now very different.

“It’s an old story, but now you’ve got the largest number of refugees since World War II because of Syria and now Ukraine and other problems,” he said.

He also noted the recent surge in migrants from Venezuela that has increased in recent months, while also taking a shot at Texas Gov. Greg Abbott for busing migrants into New York City, Washington, D.C., and Chicago.

“What’s happening in Venezuela, more than 2 million refugees pouring into first Colombia then nearby countries has created unprecedented new challenges and meanwhile provides opportunities for stunts like Gov. Abbott’s — sending his refugees to some place that he thinks is advocating for a broad-minded policy that it doesn’t have to live with,” he said.

Texas has bussed more than 10,000 migrants to three sanctuary cities, sparking outrage and calls for help from the federal government from those liberal cities. 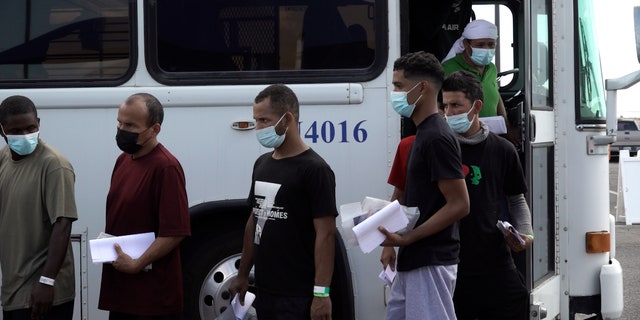 “Texas’ inundated border towns are now receiving a measure of relief, and importantly, the magnitude of this ongoing crisis is finally gaining the national attention it deserves,” Abbott said in a recent op-ed. “Americans are now witnessing a startling national security failure that [President Biden] continues to dismiss.”

“And then Gov. DeSantis sending those people to Martha’s Vineyard was amazing. That may come back to haunt him a little bit,” Clinton predicted.