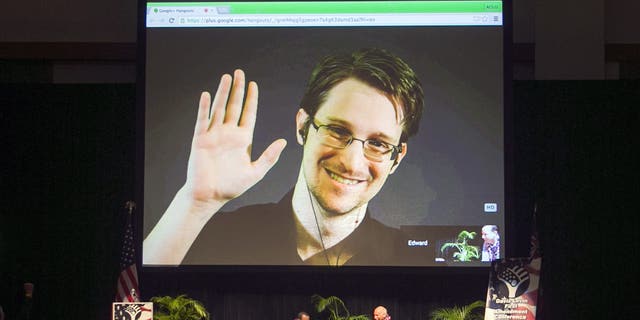 Russian citizenship provides ‘a little stability’ for him and his family, Snowden says

Edward Snowden said Russian citizenship will give his family stability nearly a decade after the former National Security Agency contractor leaked files on U.S. surveillance operations and fled to Moscow.

“After two years of waiting and nearly ten years of exile, a little stability will make a difference for my family. I pray for privacy for them—and for us all,” Snowden tweeted on Monday in his first public comments since Russian President Vladimir Putin’s decree granting him citizenship.

Snowden said two years ago that he would apply for dual U.S.-Russian citizenship after he was granted permanent residence in Russia.

“I am familiar with the fact that he has in some ways denounced his American citizenship,” Price said. “I don’t know that he’s renounced it.”

In this Feb. 14, 2015, file photo, Edward Snowden appears on a live video feed broadcast from Moscow at an event sponsored by ACLU Hawaii in Honolulu.
(AP Photo/Marco Garcia, File)

The U.S. whistleblower’s revelations in 2013 about the NSA’s surveillance operations drew praise from privacy advocates and sharp condemnation from U.S. officials who accused him of damaging national security.

His newly-acquired Russian citizenship comes amid escalating tensions between Moscow and Washington, D.C. 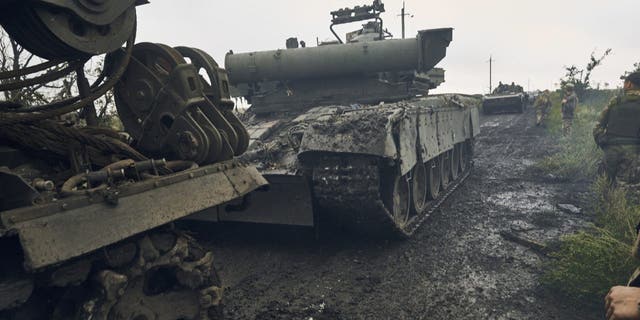 Ukrainian troops retook a wide swath of territory from Russia on Monday, pushing all the way back to the northeastern border in some places, and claimed to have captured many Russian soldiers as part of a lightning advance that forced Moscow to make a hasty retreat.
(AP Photo/Kostiantyn Liberov)

Putin’s invasion of Ukraine is entering its eighth month, with the Kremlin ordering a partial mobilization to conscript 300,000 Russian men into the military.

Price suggested on Monday that Snowden could be conscripted and sent to Ukraine, but his lawyer told Russian media that won’t happen.