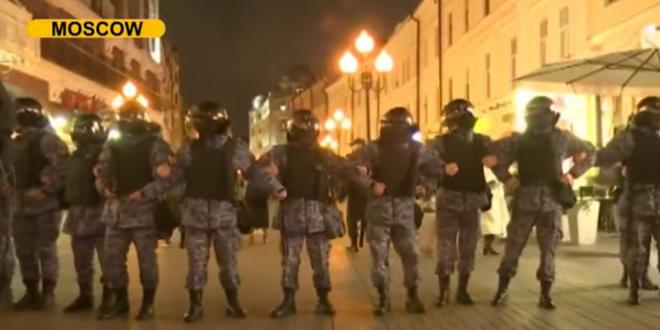 Zhgun, a 45-year-old film director, marched through the streets of Moscow with other anti-war protesters Wednesday night, just hours after Russian President Vladimir Putin announced plans to mobilize another 300,000 reservists to bolster his troops fighting in Ukraine.

Before the night was over, Zghun would end up in the back of a police

Previous 2024 Geography: Pence to Iowa this week, Haley to Nevada, Cruz to both and NH in coming weeks
Next Inside Russia, anguish as men are enlisted to fight in Putin’s war