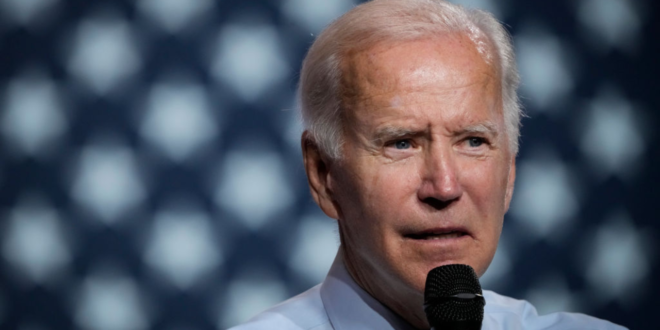 Roughly 15 months after the Department of Justice filed a lawsuit against the state of Georgia over an election integrity law it deemed to be “racially discriminatory” and would suppress votes, the Biden administration has little to say about the status of that lawsuit and whether Georgia’s upcoming midterm election results will be tainted by the “Jim Crow” legislation.

The Department of Justice told Fox News Digital this past week that it does not have an update on its lawsuit against Georgia’s election integrity law other than public court filings as voters are set to head to the polls in Georgia under the jurisdiction of an election law President Biden called “Jim Crow in the 21st Century” and “a blatant attack on the Constitution.”

Those court filings, according to senior legal fellow in The Heritage Foundation’s Meese Center for Legal and Judicial Studies Hans von Spakovsky, show a weak lawsuit that has grown even weaker as time has gone on.

“They’ve been remarkably unsuccessful,” von Spakovsky, who is also the manager of the Heritage Foundation’s Election Law Reform Initiative, told Fox News Digital about the DOJ’s lawsuit. “And events since then have made their case even more difficult.”

Von Spakovsky explained that just last month a judge refused to issue a preliminary injunction against the ban on giving food, drinks, and gifts to voters standing in line, which the DOJ had argued was one of many provisions in the bill that was “adopted with the purpose of denying or abridging the right to vote on account of race.”

In addition to that setback, Georgia’s recent primary election drew record turnout after the law took effect which specifically contradicted not only the main argument against the bill but also against specific complaints about several provisions in the bill, Von Spakovsky said.

Von Spakovsky pointed to one provision in the bill that was questioned by the DOJ where the deadline to request an absentee ballot was moved from four days before the election to eleven days. The 11-day mark is less than the 15-day mark suggested by the United States Postal Service and still resulted in higher early voting numbers than in previous elections.

Von Spakovsky continued, “You have these gigantic increases and you had turnout approaching presidential election year levels, which just never happens, and so in essence so far the Justice Department has been completely unsuccessful in this lawsuit and the elections that have been held since they filed their lawsuit make their case even more difficult.”

Fox News Digital asked von Spakovsky whether it was unusual for a case like this to not have progressed very much after 15 months.

“I think so,” von Spakovsky said. “Because while federal cases tend to take time to make their way through the courts, when it’s an election case and when the Justice Department is suing over changes to the election law, they usually want those to move faster because their whole claim is that these rules are affecting the ability of people to vote and it’s moving so slowly. Every month that goes by the chances of them winning their case gets lower and lower and lower because the registration and turnout numbers show that their whole theory is full of holes.” 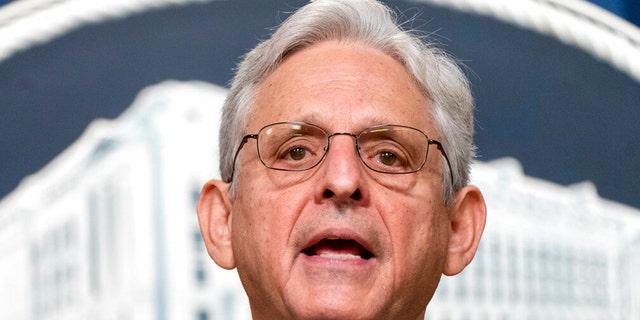 Attorney General Merrick Garland speaks during a news conference, Monday, June 13, 2022, at the Department of Justice in Washington. On Tuesday, Garland talked about the crime wave gripping parts of the country.
(AP Photo/Jacquelyn Martin)

In a March 2021 statement, Biden referred to the Georgia legislation as an “attack on the right to vote” containing provisions that “effectively deny the right to vote to countless voters.”

“This is Jim Crow in the 21st Century,” Biden said. “It must end. We have a moral and Constitutional obligation to act.”

The Biden White House did not respond when asked by Fox News Digital for an update on the lawsuit and for a comment on whether the results of the upcoming Georgia Senate election, which could determine the balance of power in the Senate, will be legitimate given the “Jim Crow” label the administration has placed on the election process.

“The right to vote is one of the most central rights in our democracy and protecting the right to vote for all Americans is at the core of the Civil Rights Division’s mission,” Assistant Attorney General Kristen Clarke for Justice Department’s Civil Rights Division said in the press release announcing the DOJ’s lawsuit. “The Department of Justice will use all the tools it has available to ensure that each eligible citizen can register, cast a ballot, and have that ballot counted free from racial discrimination. Laws adopted with a racially motivated purpose, like Georgia Senate Bill 202, simply have no place in democracy today.”

Georgia’s Republican Gov. Brian Kemp and Republican Secretary of State Brad Raffensperger both echoed von Spakovsky’s analysis that record turnout in Georgia compromises the DOJ’s claim that the legislation in question is suppressing the right to vote in the Peach State.

“When it came to actually present evidence to support their ridiculous talking points in court, President Biden’s DOJ and their liberal allies failed miserably,” Raffensperger told Fox News Digital. “That’s because the common sense election reforms in Georgia’s Election Integrity Act, like photo-ID for all forms of voting, make sense.’

Raffensperger continued, “Despite what people like President Biden, Stacey Abrams, and their liberal allies say, Georgia’s Election Integrity Act allows Georgia to both be #1 for election integrity and continue to have record and growing turnout. The detractors are much quieter now than they were earlier because the evidence doesn’t support their rhetoric.”

Raffensperger’s office told Fox News Digital that 1.9 million eligible voters participated in the 2022 primary compared to 1.2 million in 2018 and African-American turnout was 22% higher than any other primary election except for the 2020 presidential primary.

“The DOJ is continuing its lawsuit, and we will continue to actively fight it to preserve Georgia’s elections integrity law, which makes it easy to vote and hard to cheat,” a spokesperson for Georgia’s Republican Gov. Brian Kemp told Fox News Digital.

AMERICANS HAVE LOST $4,200 IN​ ​INCOME UNDER BIDEN​, WIPING OUT TRUMP GAINS​: HERITAGE 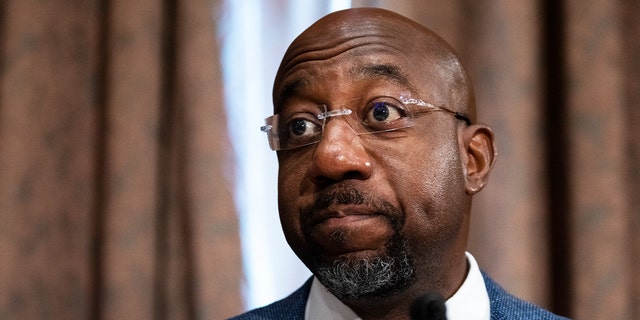 Kemp’s office added that the law was rated as the “strongest and most secure in the United States” by the Heritage Foundation and “we also saw no widespread issues in any statewide or local elections that have taken place since the law took effect, as Democrats claimed would occur.”

Von Spakovsky, who worked with Clarke in the DOJ’s Civil Rights division 20 years ago and referred to her as the most “partisan left wing activist” he has “ever encountered in Washington”, told Fox News Digital there’s “no way” the department can show the law has resulted in voter suppression and discrimination with the way registration and turnout has gone up.

“They basically filed a loser of a case,” von Spakovsky said.