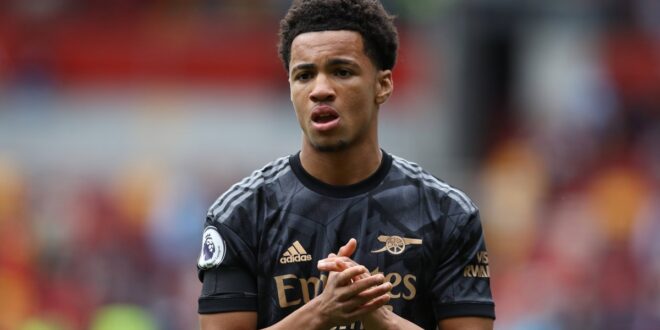 Arsenal’s Ethan Nwaneri became the youngest player to ever appear in a Premier League match on Sunday when he subbed on in the 90th minute of the club’s 3–0 victory over Brentford.

Born in March of 2007, Nwaneri was not alive when Arsenal opened Emirates Stadium in ’06.

Nwaneri is one of the club’s most promising young players, having already made his mark for Arsenal’s under-18 and under-21 squads. He also represented the English national team at the U16 level.

While Nwaneri may have stolen the show at the Brentford Community Stadium Sunday, Arsenal’s victory also sent the club back to the top of the table. Arsenal, which leads Manchester City and Tottenham by a single point, will be back in action against the latter on Oct. 1.