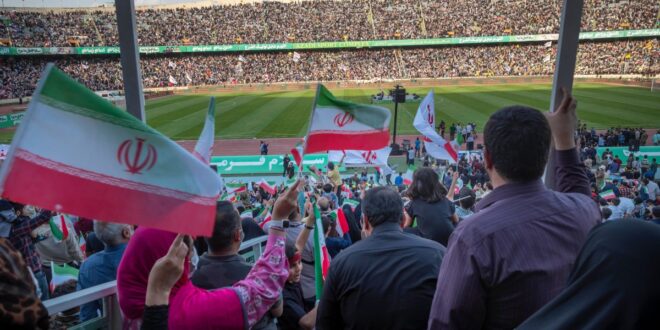 Iran Protestors Booted From Soccer Friendly in Austria, per Report

Police ejected two protestors from Iran’s international friendly against Uruguay on Friday in Austria after they entered the supposedly behind-closed-doors match. The pair was speaking out about the death of Mahsa Amini, the 22-year-old woman who died in police custody in Iran earlier this month after being charged with wearing a headscarf improperly, according to ESPN’s Mark Ogden.

Police approached the two men during the first half of the game in the NV Arena and asked them to hand over a sign they were holding that said Amini was “murdered by the police of the Islamic Republic of Iran.” When the protestors refused, Austrian police marched them out of the stadium, per Ogden.

Amini’s death has sparked widespread protests in Iran as women have been seen removing and burning their state-mandated headscarves, according to the Associated Press. Iran’s president, Ebrahim Raisi, said that the circumstances of Amini’s death would be “steadfastly” investigated after Iranian police said she died of a heart attack.

As a result of the growing tensions in Iran, the country’s government pushed for the national team’s friendly against Uruguay to be played privately to prevent the possibility of further protests. Still, fans from both teams were allowed into the venue, with the main stands hold approximately 400 spectators, according to Ogden.