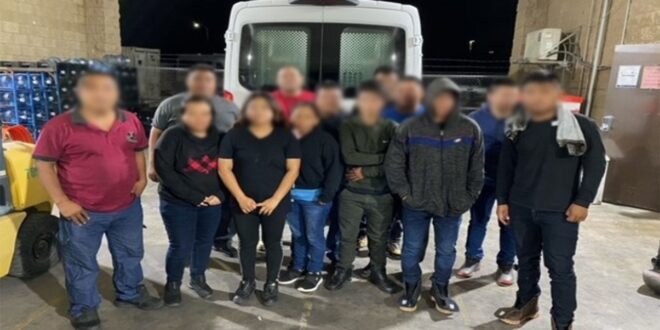 Border Patrol agents rescued 13 illegal immigrants locked in a U-Haul truck without oxygen, Customs and Border Protection announced Friday. It was one of a number of rescues made by the men and women in green.

CBP said the agents in the El Paso Sector located the migrants, all from Mexico, in a box truck. They were being smuggled without access to oxygen and were locked inside.

Officials said the migrants were all uninjured, did not need additional medical attention and were later expelled under the Title 42 public health order, which allows for the rapid expulsion of migrants from the U.S. due to the COVID-19 pandemic. The Biden administration has been moving to end Title 42 but has so far been blocked by court order.

The driver will face charges for conspiracy to transport.

It’s the latest incident of migrants being found in potentially deadly conditions as they are smuggled into the U.S. Fox News learned last month that Mexican authorities stopped the smuggling of over 150 migrants crammed into a large truck at dangerously high temperatures. All the migrants survived.

That attempt came less than two months after 53 migrants were found dead inside an abandoned commercial truck in San Antonio, Texas.

The dead included a 13-year-old and 14-year-old from Guatemala and two 16-year-olds from Mexico, authorities said. The truck was carrying 73 people when it was discovered June 27.

On Wednesday, agents also rescued two smuggled migrants who had been abandoned by their smuggler. Both were suffering from dehydration and were transported to a local hospital for treatment. 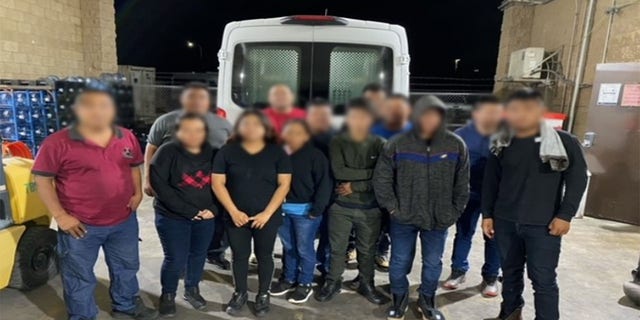 CBP said that agents in the sector, in a single week, had disrupted 18 human smuggling schemes involving vehicles, as well as rescues and arrests of gang members and criminals.

“These events within the last seven days highlight how complex our border environment has become and the determination by our Border Patrol agents to adjust operationally as needed to address any situation on the border,” El Paso Sector Chief Patrol Agent Gloria I. Chavez said in a statement.