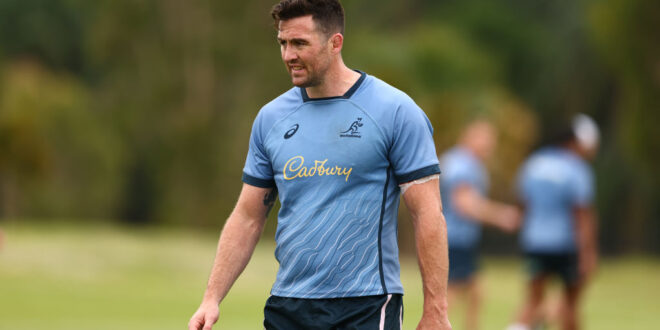 Dave Rennie has made two changes to his starting line-up for Australia’s final Rugby Championship of the year against New Zealand in Auckland on Saturday.

Cadeyrn Neville comes into the second row in place of Matt Philip and Harry Wilson starts in a rejigged back row, with Rob Valentini moved to blindside, after Rob Leota was injured in last week’s match against the All Blacks.

That match in Melbourne was full of drama, with the Wallabies leading with less than a minute to go only to be penalised for time-wasting and the All Blacks to score from the resulting scrum.

Australia can still lift the Rugby Championship trophy, but they would need a bonus-point win at Eden Park, with the All Blacks not picking up a bonus point, as well as Argentina to beat South Africa and deny the Boks a losing bonus point. If they win on Saturday, they will be the first Wallabies team to win in Auckland since 1986.

“The side parked the disappointment of the last Test early in the week and we have plenty to play for in Auckland on Saturday night,” said Rennie.

“New Zealand supporters have an expectation that the All Blacks win at Eden Park and we’re excited to get another crack at them at their spiritual home.”

Michael Hooper has withdrawn from the Wallabies team to face Argentina in the opening round of the Rugby Championship and is returning to Australia.

The long-time Wallabies captain said he was not in the right “mindset” at present to lead the team and represent his country.

Hooper said: “While this decision did not come easily I know it is the right one for me and the team at this point in time.

“My whole career I’ve looked to put the team first and I don’t feel I am able to fulfill my responsibilities at the moment in my current mindset.”

Wallabies coach Dave Rennie added: “Michael’s one of the most professional and impressive men I’ve coached I know this has been a difficult decision for him.

“He’s shown true courage by acknowledging where he is at and acting on it. We will support him in any way we can.”

There are four uncapped players in Australia’s 36-player squad for the opening Rugby Championship games against the Pumas in Argentina in early August.

Lock Rory Arnold also comes into the Wallabies squad for the first time this year as one of the three overseas-based player picks permitted, with Quade Cooper and Marika Koroibete the others. But they are without the likes of Cadeyrn Neville, Andrew Kellaway and Izaia Perese due to injury.

The Wallabies go into the back-to-back Tests against the Pumas – now coached by former Australia coach Michael Cheika – on the back of a 2-1 series defeat by England.

Rennie said: “We were massively disappointed but we’re only three matches into a 14-Test season so we need to take the lessons on board quickly and learn from them.

“We’re well aware of how tough the challenge is of playing Argentina two weeks in a row on their home soil and they’ll be full of confidence after their series win over Scotland.”